Nasser Al-Attiyah and co-driver Mathieu Baumel posted the second-fastest time on Stage 2 of the 2022 Dakar Rally, losing 3min 28sec to the stage winners. The Toyota Gazoo Racing crew launched their Toyota GR DKR Hilux T1+ into the stage as the first car on the road but managed to restrict their time loss despite a puncture mid-stage.

Stage 2 was meant to be the Marathon Stage for Dakar 2022, but a flooded bivouac in Al Artawiyah forced the organisers to reroute the rally to Al Qaisumah. The day’s stage consisted of 210 miles of sand and dunes, with liaisons of 114 miles and 168 miles on either side of the timed section. The crews described the stage as ‘very fast,’ with plenty of blind drops that made it easy to make a mistake.

This did not stop Giniel de Villiers and co-driver Dennis Murphy from recording the eighth-fastest time on the day. The Toyota Hilux crew lost 11min 17sec, having had to change a tyre just 19 miles into the stage after their car landed awkwardly after a high-speed jump. Their performance moved them up into fourth place in the overall standings, and they are now just 29sec behind the crew in third place.

The second stage saw Henk Lategan and co-driver Brett Cummings consolidate their position, after the pair lost more than three hours on the opening stage. Steady progress by the South Africans meant that they went seventh-fastest on the day, leap-frogging several competitors to move up into 38th position overall.

Shameer Variawa and Danie Stassen experienced some bad luck on Stage 2, when their Toyota Hilux struggled for power following a sensor change after Stage 1. The pair brought the car home in 28th position, losing 33min 22sec as a result. This puts them in 25th place in the overall standings, 1hr 51min 14sec behind teammates Nasser and Mathieu.

Stage 3 will see the crews complete a looped stage, starting and finishing at the bivouac in Al Qaisumah. The stage will consist of similar terrain to that of Stage 2, and will be contested over a timed section of 158.5 miles. The pre-stage liaison will be 133 miles, with a section of 104 miles bringing the crews back to the bivouac. Al-Attiyah and Baumel will be the second car into the stage, giving them a slight advantage compared to their starting position in Stage 2.

“Stage 2 allowed the Dakar to settle down a bit, with fewer upsets and drama than on the opening stage. Nasser and Mathieu opened the road, and did a great job to finish second, despite suffering a puncture. Giniel and Dennis kept it steady, though they also had one puncture; and Henk and Brett started their recovery by completing a measured, mature stage. Shameer and Danie struggled with power issues after a sensor change yesterday, but we’ll get onto that this evening, and make sure they are ready for Stage 3.”

“I’m very happy, as we had no problems today, except for one puncture. Today we opened the road all the way, and it really wasn’t easy. There’s a lot of water out there, and the sand is quite hard. But to be leading the race after the first two stages is fantastic, and we’ll try to increase our lead a little tomorrow. And if we can win the stage, we’ll be very happy.”

“It was a good day for us, even though we had a big moment about 19 miles into the stage. The car landed sideways after a high-speed jump, and one of the rear tyres came off the rim. It was really close to rolling over, but we managed to keep it on its wheels. Other than that, it wasn’t a bad stage for us. Seb and Nasser are going at incredible speed in the front, and I’m not sure that we can go quite at that pace. Still, we can probably improve our pace a little bit, especially after banking a good stage today.”

“Stage 2 was decent for us. It was a high-speed stage with lots of blind drops, and it was quite easy to make a big mistake. But we kept it clean and tidy and didn’t take any risks. We also got through all the traffic okay, so overall a good day for us.”

“It was a little bit disappointing today, and I really can’t believe our bad luck. But the technicians will investigate it this evening, and we’ll be ready to race again tomorrow.” 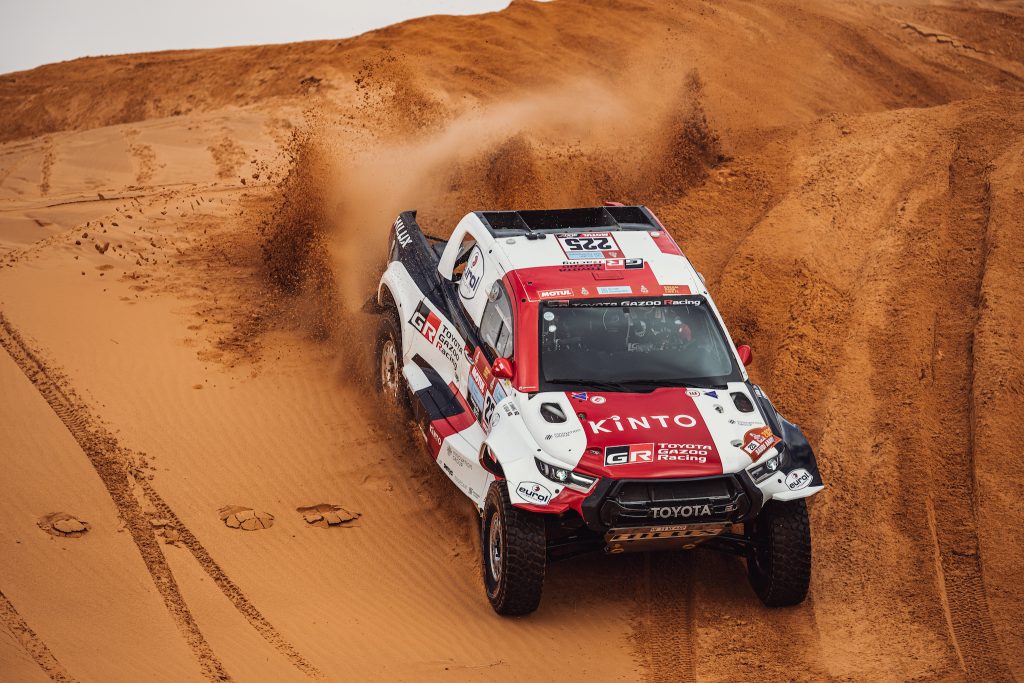 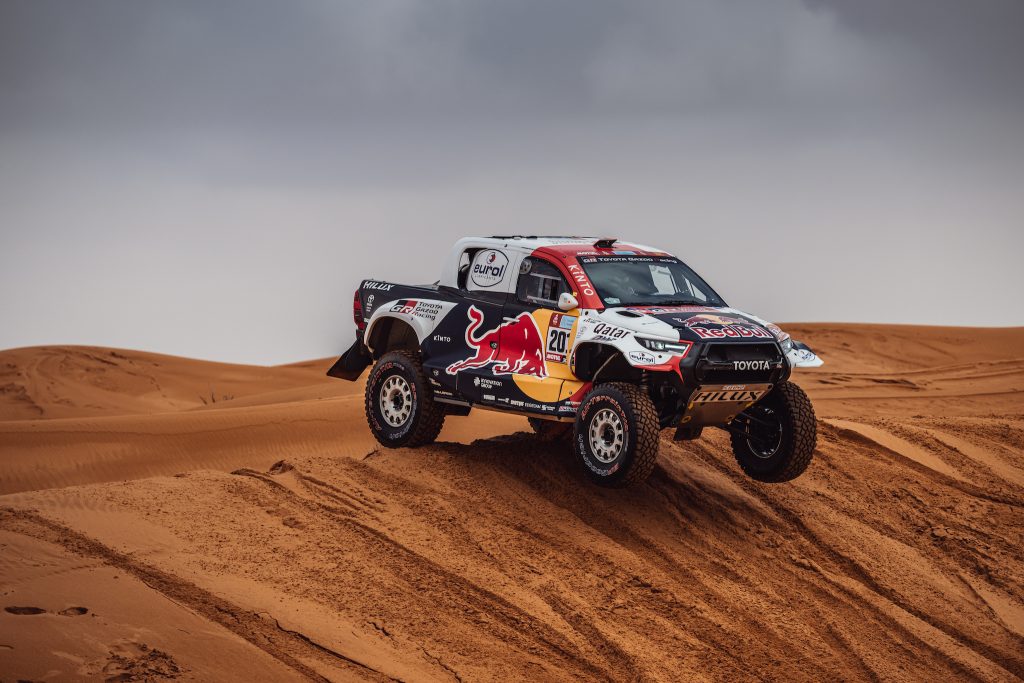 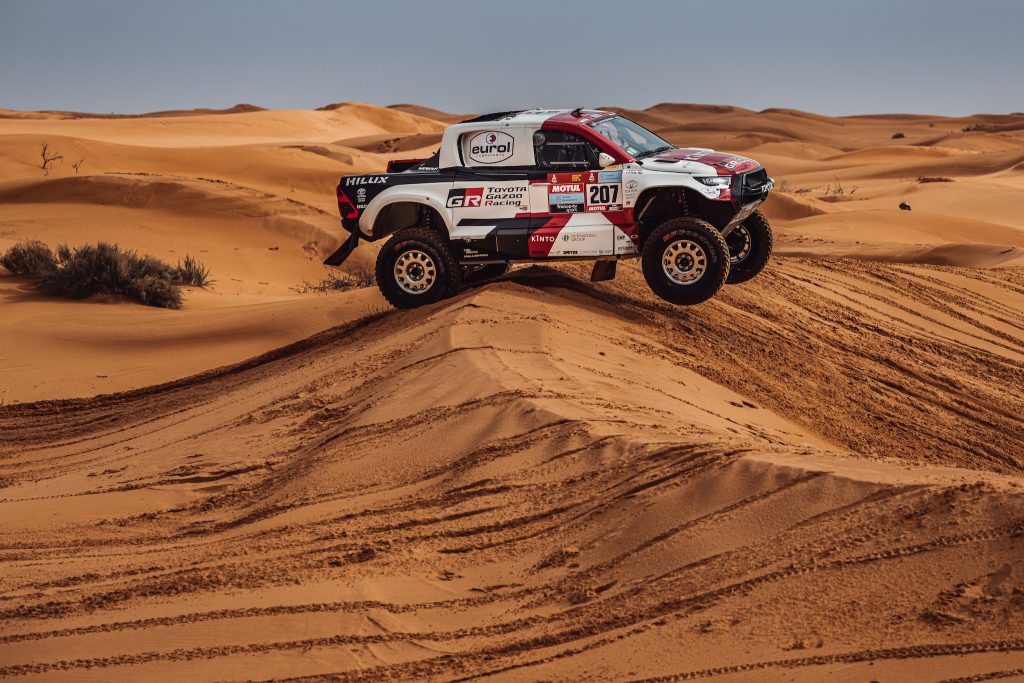 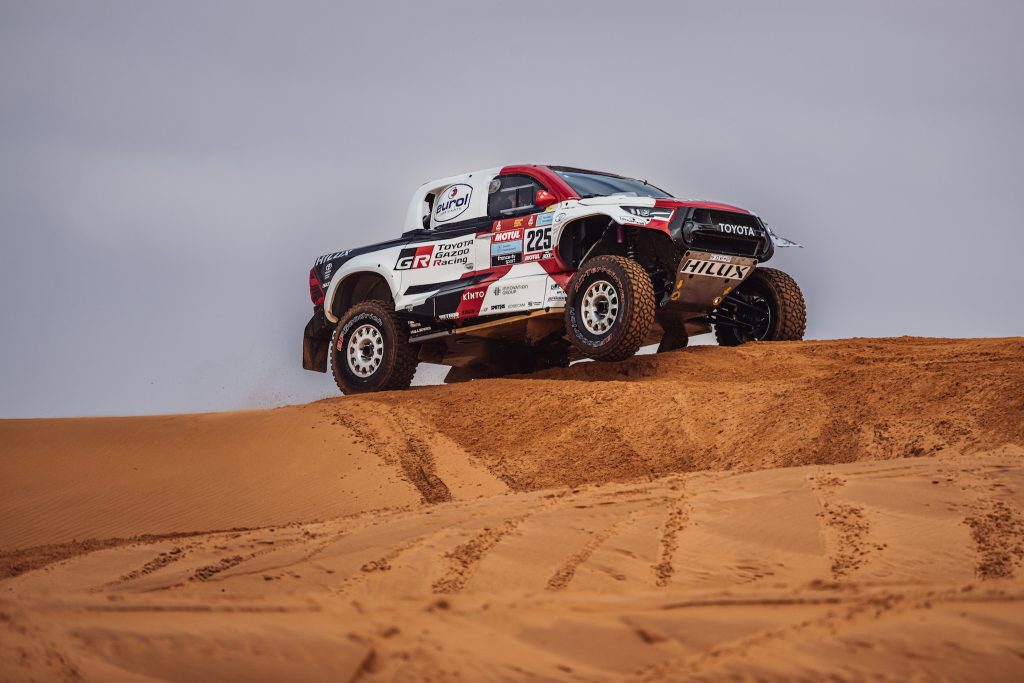 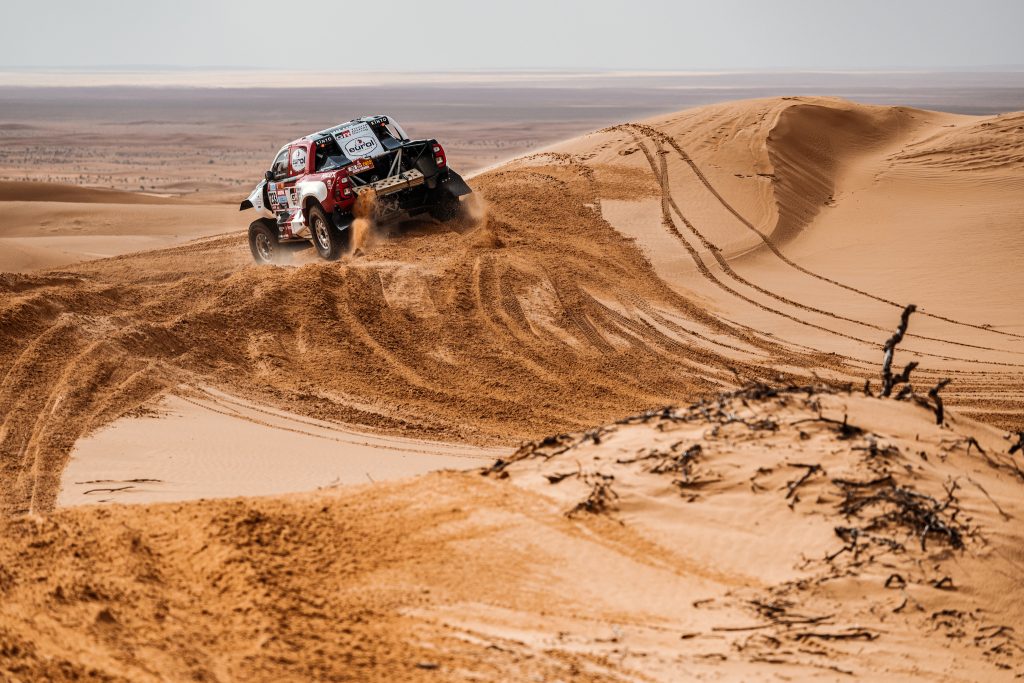 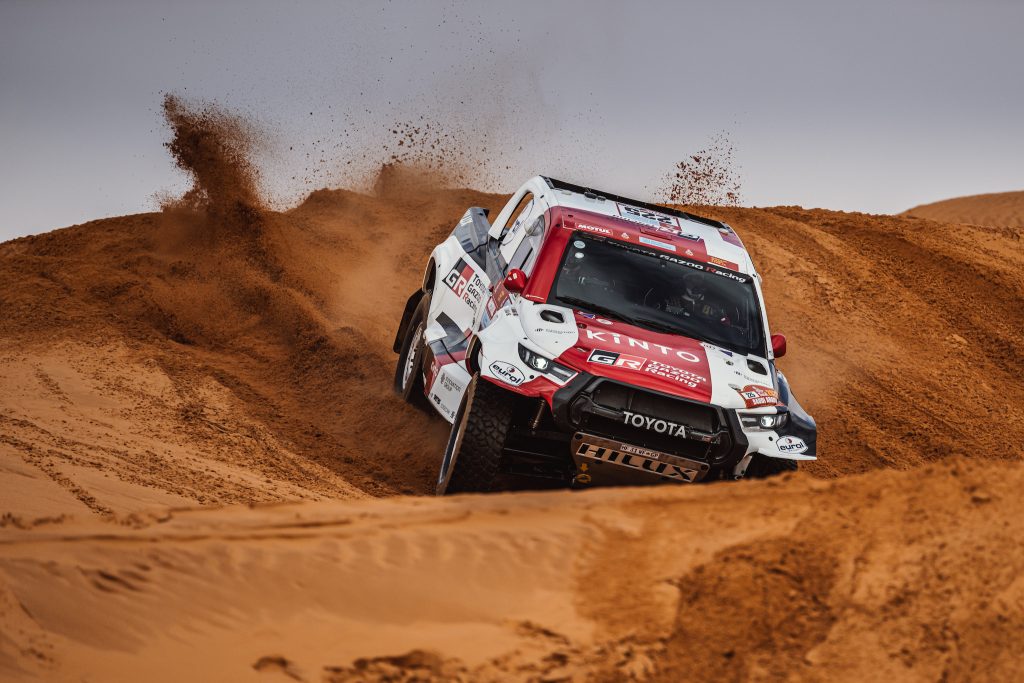