The car is a design and engineering study that explores now the newly launched fifth generation of the legendary Supra sports car might be developed as a competitive machine for international GT4 racing, accessible and affordable for privateer teams, in line with Toyota’s worldwide support for grass-roots motorsport.

The road-going Toyota GR Supra has essential qualities that make it an attractive proposition for GT4 Racing, with its perfectly balanced chassis, two-seater cabin, highly rigid and lightweight body, rear-wheel drive and very low centre of gravity. The combination of a short wheelbase and wide track gives it an ideal 1.55 ‘golden ratio’ for excellent stability and agility, which are valuable assets in a series where the regulations use a balance of performance calculation (adjusting weight according to engine power) to ensure even competition across the field.

The concept model, developed by Toyota Gazoo Racing, is instantly recognisable as a Supra and maintains the road car’s low, muscular shape, but with increased length and and lowered height. A specially-designed front diffuser and rear wing have been added to the GR Supra GT4 Concept to improve airflow around the chassis, reducing drag and optimising downforce. Both items are constructed using composites made from natural fibres such as hemp and flax, replacing the traditional carbon fibre in order to reduce the impact on the environment. The concept is fitted with five-hole OZ 11 x 18-inch racing wheels.

The MacPherson strut front and multilink rear suspension design is carried over, but with the addition of competition springs, shock absorbers and anti-roll bars. The high-power deceleration required for racing is provided by high-performance Brembo brakes.

Under the bonnet, the GR Supra GT4 Concept retains the 3.0-litre straight-six-cylinder petrol engine with single twin-scroll turbocharger, coupled to an automatic transmission. Performance is increased with help from a motorsport-grade ECU and bespoke wiring looms. There are also motorsport-specification drive shafts and limited slip differential.

The stripped-out cabin is fitted with a high-strength roll cage and FIA-standard fire extinguisher and OMP racing seat. The concept car is also equipped with a motorsport-specific fuel tank and a fast refuelling system.

GT4 is one of the world’s fastest-growing motorsports categories, with national and regional competitions in Europe, North America, Asia and Oceania. Established since 2006 and sanctioned by the FIA, it is designed to be a value-for-money series for both professional and amateur racers, and a potential stepping-stone to GT3 competition.

Toyota Gazoo Racing will evaluate the interest shown in the Supra GT4 Concept by potential customers before deciding on future development of the vehicle. 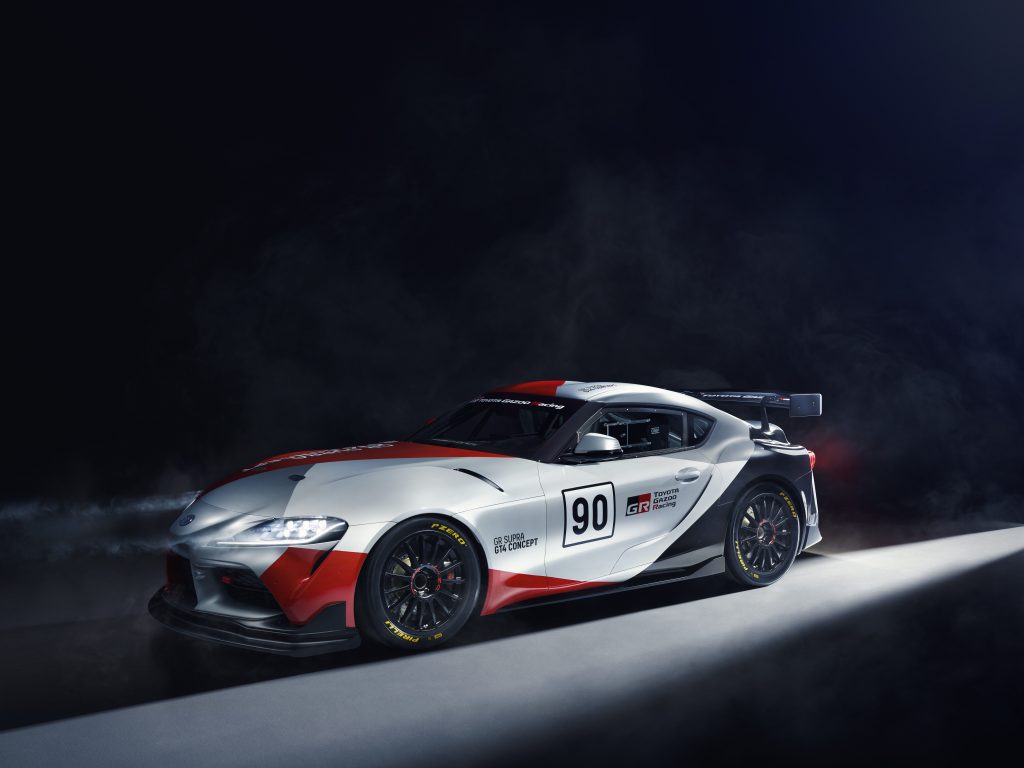 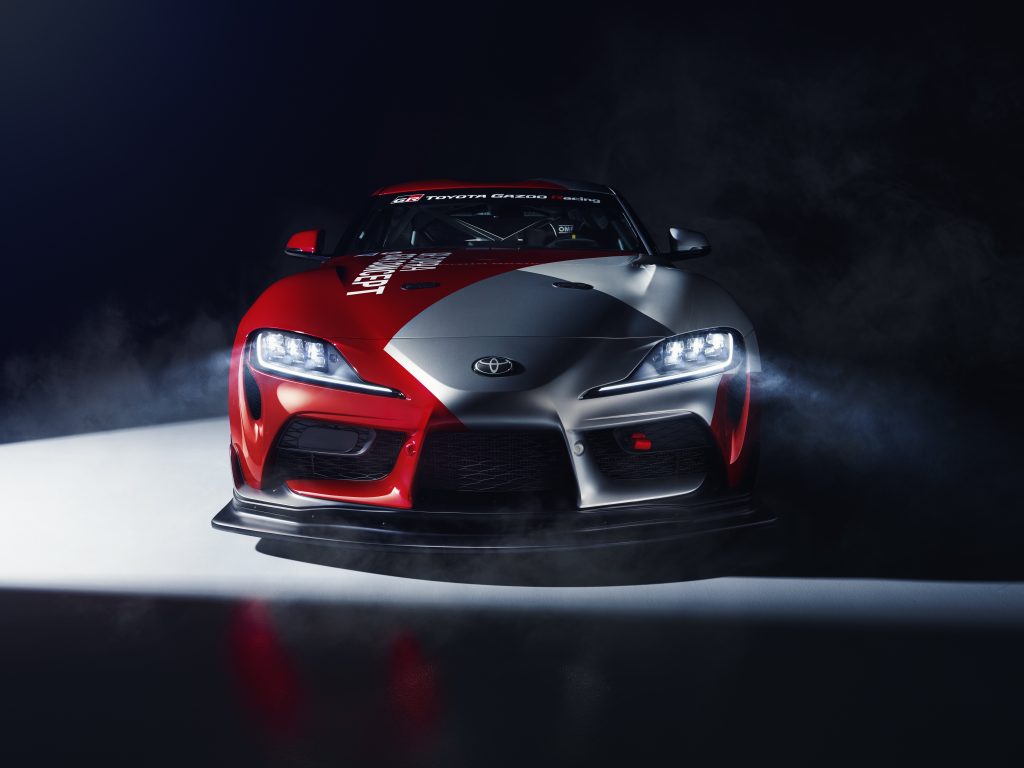 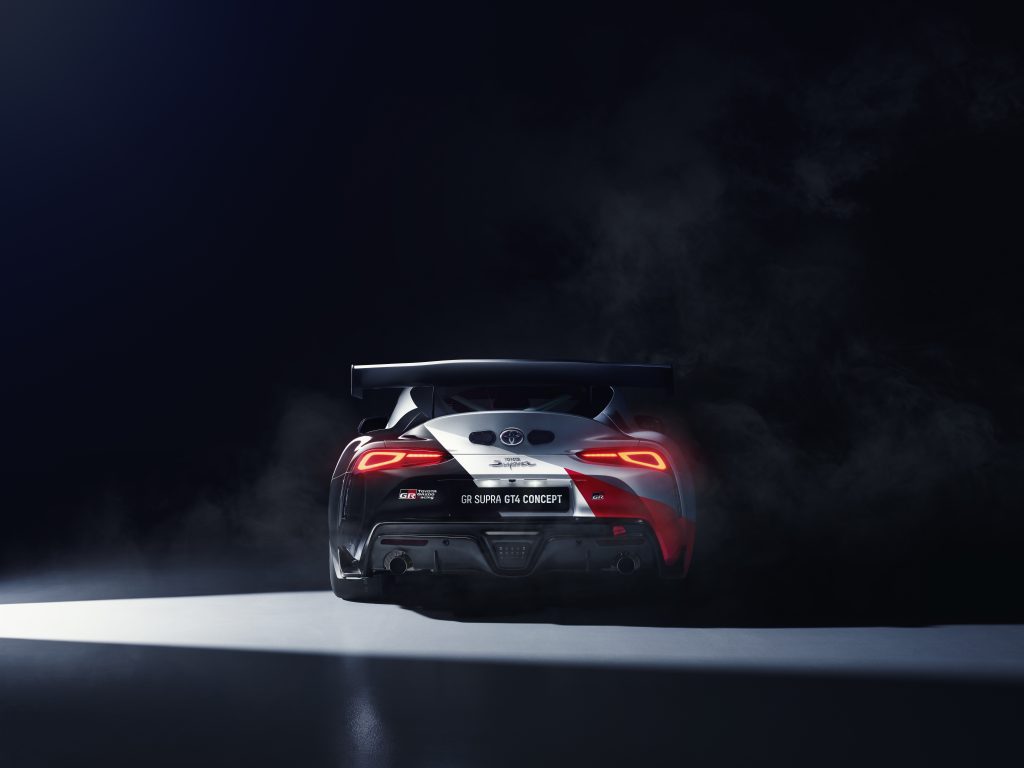 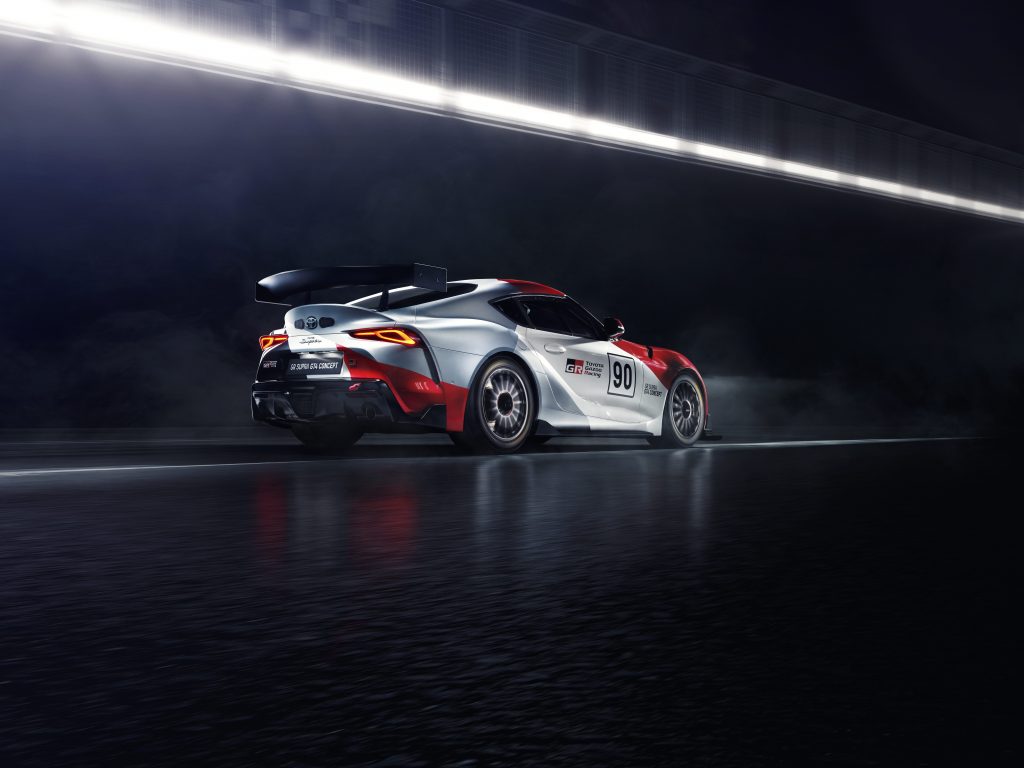 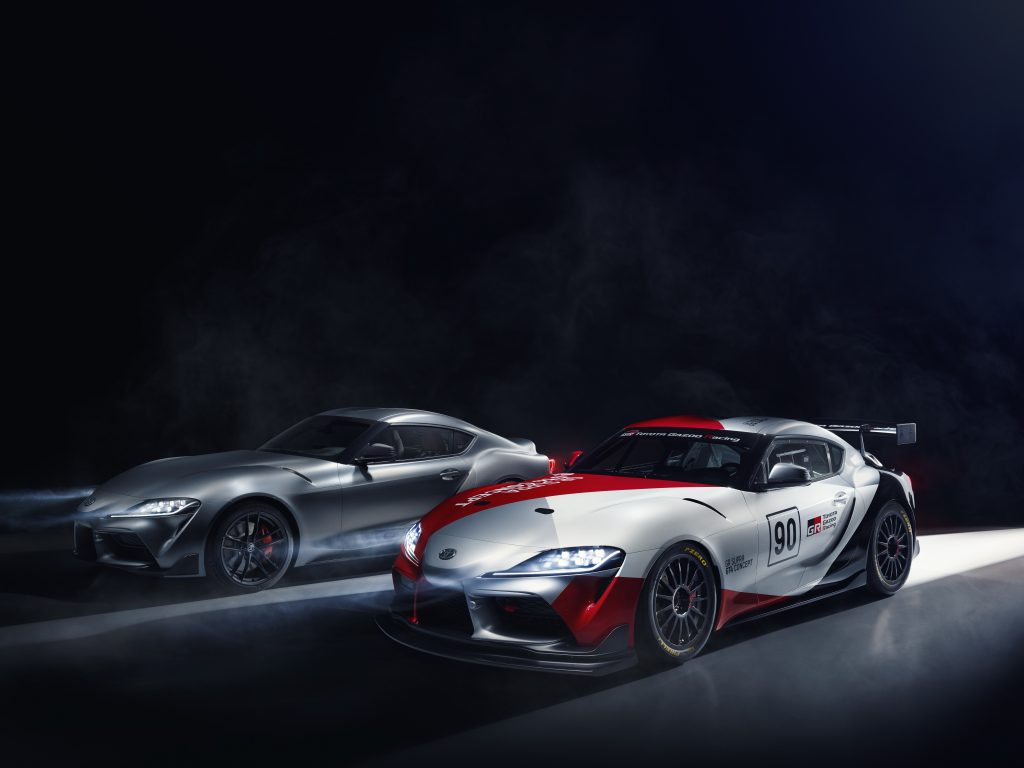