The Toyota Dyna gains more power and torque with the introduction of a new 3.0-litre D-4D engine for 2007. The new unit replaces the previous 2.5-litre D-4D engine in the Dyna range of dropside, tipper and chassis cab models and completes Toyota’s upgrade of all its LCV powertrains to meet Euro IV emissions standards.

The change will add further impetus to Toyota’s fast-growing market performance. In January, Toyota’s combined LCV sales figures (including Hiace and Hilux) marked an increase of more than 100 per cent on 2005.

Dyna is a strong competitor in the 3.0 to 3.5-tonne chassis cab market. Three basic models are available: Dyna 300 with standard wheelbase and Dyna 350 with medium or long wheelbase. Each is available in chassis cab or dropside alloy form, with the 300 SWB 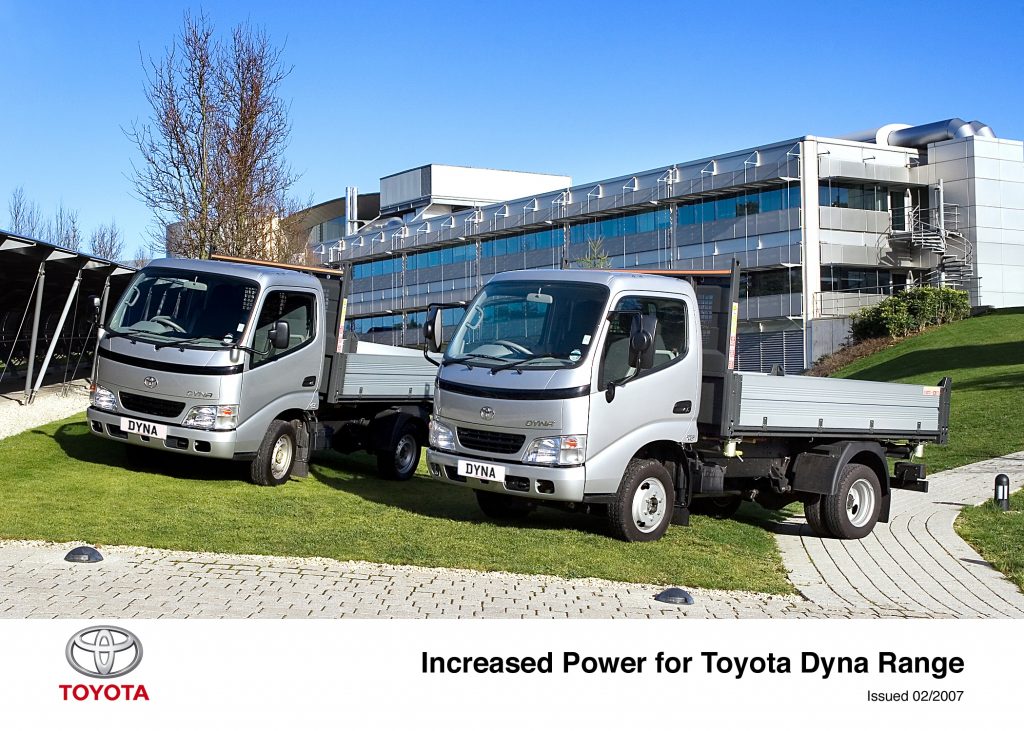 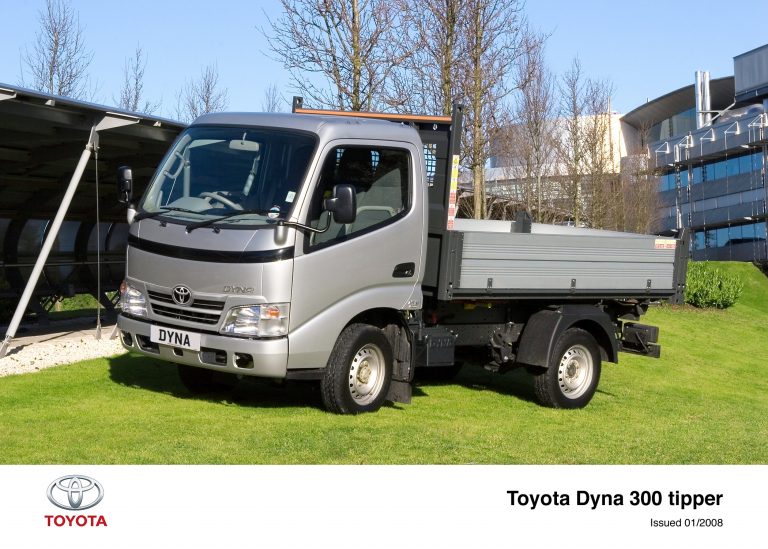 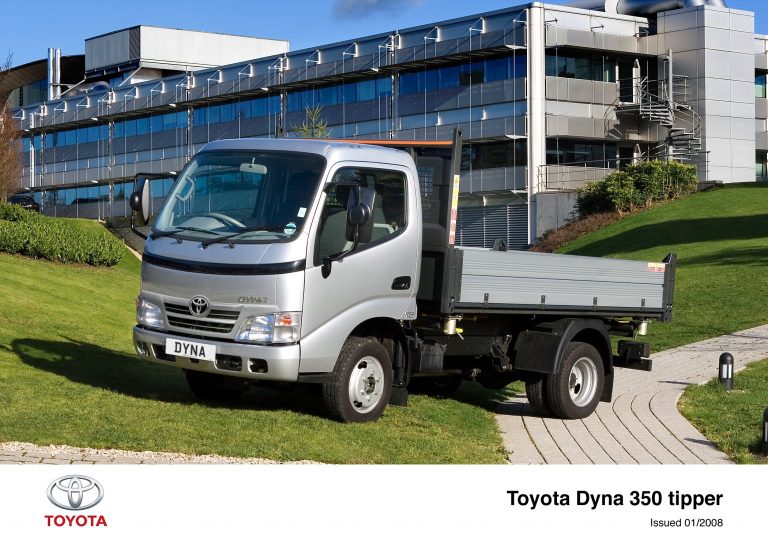 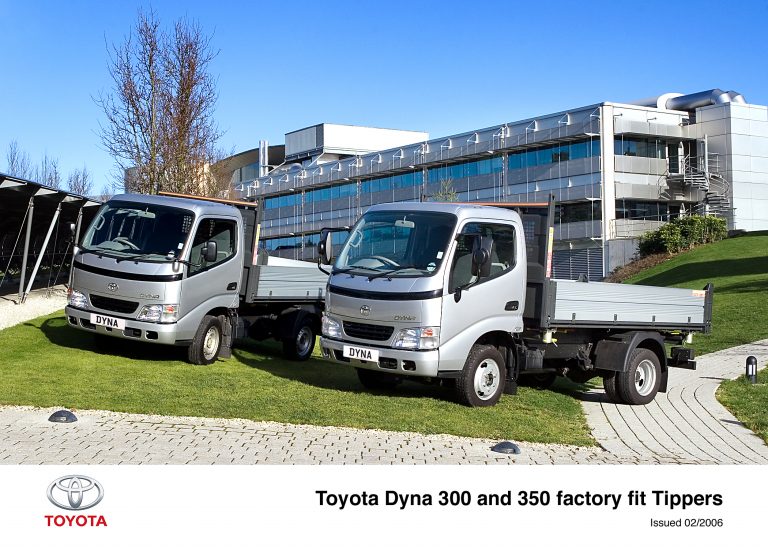 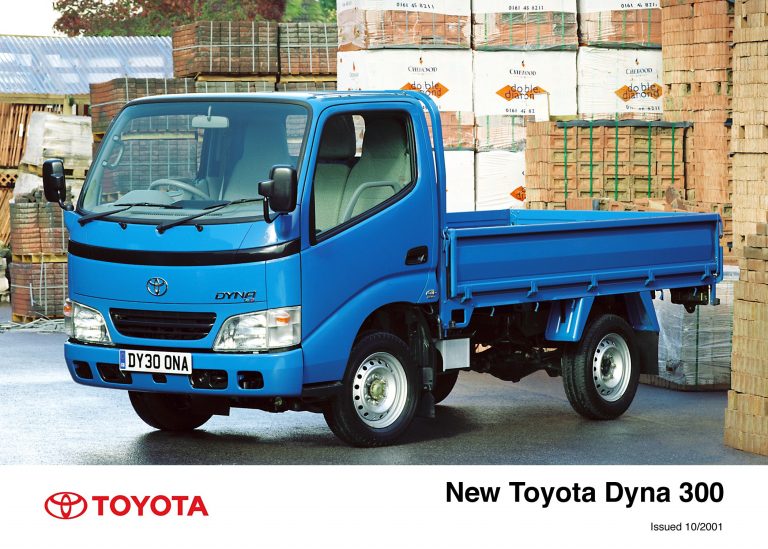