The Toyota Gazoo Racing World Rally Team head to Safari Rally Kenya next week (23–26 June) with the goal of defending their crown on the famous African event.

The Safari made a long-awaited comeback to the FIA World Rally Championship calendar in 2021 when Sébastien Ogier led a one-two finish for Toyota Gazoo Racing. Ogier is making Kenya his third WRC appearance of the 2022 season as Toyota targets a 10th victory on the rally.

The team are looking to return to the podium after a challenging time at the previous round in Sardinia. Kalle Rovanperä, who nonetheless managed to extend his lead in the drivers’ championship, and Elfyn Evans will be looking to avoid the pitfalls they experience on the Safari last year. TRG WRT Next Generation driver Takamo Katsuta will be returning to the site of his first WRC podium finish, having finished second to Ogier in 2021.

Having in the past featured very long stages on roads that were still open to the public, the Safari Rally today runs to a format similar to other modern WRC rounds. The drivers still face demanding gravel roads with some rough and rocky sections, while the weather can change the conditions very quickly.

Shakedown takes place on Wednesday before the rally begins on Thursday lunchtime from the capital city, Nairobi, with the nearby Kasarani super special kicking off the competitive action. The rest of the weekend is based around  the service park on the shores of Lake Naivasha, around 62 miles to the north-west. Friday’s repeated loop of three stages around the lake includes a new test, Geothermal, and the weekend’s longest: the 19.4-mile Kedong. Saturday’s action takes place further north, close to Lake Elmenteita, with two passes of three stages from 2021. A trio of stages south of Naivasha are all run twice to form Sunday’s final day, including the new Narasha test and Hell’s Gate, which hosts the rally-ending Power Stage.

“It was exciting to have the Safari Rally back on the calendar last year and even though the rally is very different to before, the spirit of the event is the same: it’s more about endurance than outright speed. At one stage it looked like it would be difficult for us to even be on the podium and in the end we finished one-two. So again this year we need to be prepared for anything to happen, and it will be another big test for the Rally1 cars. The conditions can look good during reconnaissance and then turn out to be very demanding during the rally. It’s not rough all of the time but you can get quite a lot of big ruts with many really soft and sandy places. But all four of our drivers can count on the experience they gained last year and have some idea of what to expect.”

“I’m looking forward to returning to Kenya. Last year we had a really nice welcome and a great atmosphere. It was something special and different to what we are used to. To win was the cherry on the cake and it will be great to try to repeat that this year with some knowledge of what to expect from the stages. We saw that it can be a very tough rally; I think nearly everybody had an issue at some point and we came back from over two minutes down to win. So it’s definitely a rally where you have to never give up, and this year with the cars still being so new, we might have to be even more clever than before.”

“Even though we have experience from last year, it’s always difficult to know exactly what we’re going to face on an event like the Safari Rally. There’s always an element of the unknown, and we saw last year that the conditions can change massively from one area to the next. Some sections can be very soft sand, some parts are much more hard-packed, and in other places it’s very rough. It’s a big challenge for the drivers, for the cars and for the engineers as well. I’ve had a good feeling with the GR Yaris Rally1 on gravel so far and the speed has been there. Safari requires something slightly different in terms of setup but hopefully that positive feeling will still carry forward.”

“I think the Safari Rally will be another interesting weekend. Of course, Sardinia was maybe not as strong a rally for us as we wanted it to be, but I’m hoping that in Kenya maybe we will not lose so much time opening the road and we can try to have a good weekend. Last year, it was a good rally for us overall, we were just a bit unlucky to get stuck when we did at the end of Friday. This year we will try to avoid things like that and tackle the event in a better way, because we see a lot of difficult conditions there and things we don’t normally see in modern rallies. So for sure it’s a special place and you need to approach it a bit differently too.” 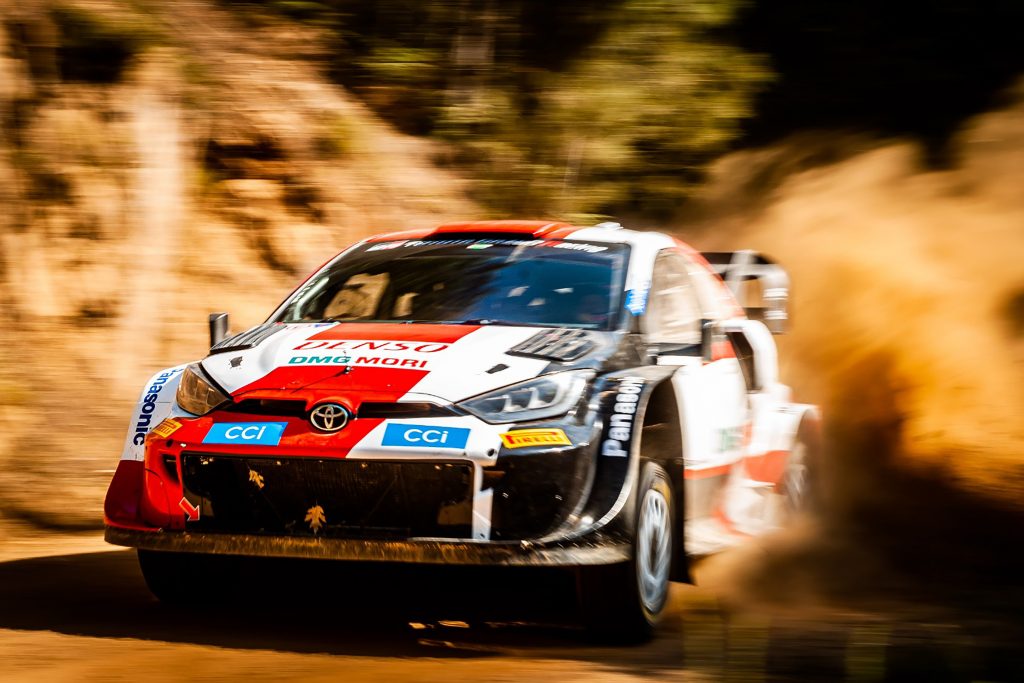