The Toyota Gazoo Racing World Rally Team will compete on home soil at Rally Finland next week (4 – 7 August), targeting another victory on what is the fastest round of the WRC season. Its  driver line-up for the event includes championship leader and hometown hero Kalle Rovanperä, his fellow Finn Esapekka Lappi and defending event winner, Britain’s Elfyn Evans.

The GR Yaris Rally1 Hybrid takes to the roads around Jyväskylä having performed strongly so far in its debut season with victories in five of the last six events. It has a tough act to follow though at Rally Finland, where its predecessor, the Yaris WRC, won all four editions held between 2017 and 2021. A dominant display on the most recent round in Estonia on similarly fast roads has given the team confidence, but a single pre-event test over the coming days will be crucial for tailoring the car’s setup to suit the Finnish gravel stages.

The Finnish fans are expected to turn out in their numbers to cheer for local hero Rovanperä, encouraged by his outstanding form so far this year. He increased his championship lead to 83 points with his fifth win of the season, but is taking nothing for granted as he looks to improve on his top-level debut on Rally Finland in 2021.

Lappi is also a local favourite, hailing from around an hour from the service park. He claimed his maiden FIA World Rally Championship victory on the event with TGR in 2017. Evans meanwhile achieved an epic win at last year’s Rally Finland and finished a strong second last time out in Estonia, taking him up to third in the championship. Takamoto Katsuta should also feel at home in his TGR WRT Next Generation entry, having learned his trade on Finnish roads as part of the TGR WRC Challenge Program.

Renowned for its smooth and fast forest roads featuring numerous crests and jumps, Rally Finland is returning to its traditional summer date for the first time since 2019. The rally begins with an extended version of the mixed-surface Harju stage in the centre of Jyväskylä, which is revisited in shorter form after Friday morning’s loop of two repeated stages to the north. Another two stages to the west are run twice in the afternoon. Saturday takes the crews south for four stages around Jämsä, each to be repeated after midday service. Sunday’s double loop pairs the Oittila stage with Ruuhimäki which once more hosts the rally-ending Power Stage.

“As a true home event for our team, Rally Finland is always very special. After a really strong rally in Estonia, our target has to be to try and repeat that in Finland. The characteristics are similar with fast gravel roads, but the stages in Finland have more natural jumps and are generally more flowing. That’s why the drivers enjoy them so much and say they are the best stages in the world. I’m sure there will be a lot of support for Kalle after his performances this year, and I know how that can give you a boost on your home event. But all of our drivers really enjoy this those roads and can be fast there. We are aware that there can always be surprises, so we need to prepare very well in our testing over the coming days.”

“Finland is definitely one of my favourite rallies on the calendar and I’m really looking forward to it. There aren’t many places where you have the same sensation driving a car as you do in Finland, so it’s always a highlight and to win there last year was something very special. It’s an event where you really need to have good confidence in the car. Rally Estonia was a nice step forward for us and we will be working hard in the pre-event test to try and recreate the feeling we had on Finnish roads last year.”

“Rally Finland is of course a very special event for us, but I try to treat it and enjoy it just like any other. I don’t feel so much pressure, because after our wins this year I don’t think we have anything to prove. Of course, we will have great support from the fans and I would like to try and win it for them if we can. Last year it was not so easy for us, so we will try to do a better job this time: We just need to prepare a bit better in the test to make sure we have a good set-up and feel comfortable, and then I think we can be fast and really enjoy the weekend.”

“For a Finn, Rally Finland is always the most important rally mentally. You can really feel an extra boost from the home crowds, and it’s also the rally where you have the most fun driving. It’s such a cool rally and it’s so nice to be able to do it again with a top team. Rally Estonia was good preparation because you need to get your brain up to speed again as these two rallies are completely different to the others. If the weather is dry our road position will be good on Friday and I’m confident that we can have a good result: Maybe not the win but at least to be close, and on the podium at the minimum.” 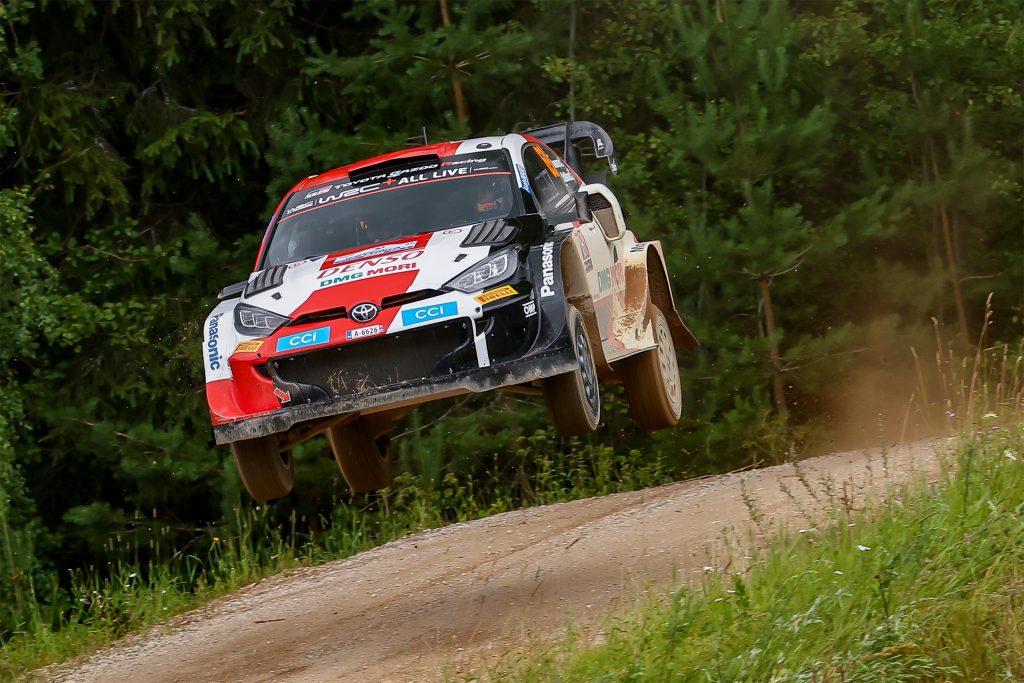