Hydrogen, carbon-neutral fuel and petrol are being used by its entries in the 2022 ENEOS Super Taikyu Series Powered by Hankook, one of Japan’s most popular motor racing competitions. The season got under way at the Suzuka circuit at the weekend.

The ORC Rookie team is running the Toyota Corolla H2 Concept, which uses a hydrogen combustion engine, and a new Toyota GR86 CNF (carbon neutral fuel) concept in all seven championship rounds. From the next round in the series, a 24-hour race at Fuji Speedway in June, TOM’S SPIRIT will join the grid with a GR86 using a racing petrol engine.

Toyota’s adoption of new fuel technologies follows its aim to achieve a carbon-neutral society while using experience from motorsport to help develop ever-better cars for the road. Its racing programme is also helping generate new partners in the production, transportation and use of hydrogen and carbon-neutral fuel.

In Sunday’s five-hour season-opening race, the GR86 CNF Concept was second and the Corolla H2 Concept fifth in the STQ class.

The Corolla H2 Concept, powered by a hydrogen engine, made its racing debut in 2021, competing four rounds of the Super Taikyu series. In the six months from May’s opening round to the final meeting in November, engine performance was improved to levels comparable with petrol engines. Power was increased by 24 per cent and torque by 33 per cent, and successful control of abnormal combustion was achieved. Key issues to be addressed this year include improvement in the car’s driving range and a reduction in refuelling time.

Starting this year, Toyota is entering a new vehicle based on the GR86 coupe that uses carbon-neutral fuel, with a view to expanding internal combustion engine fuel options. The race car is powered by a 1.4-litre turbocharged engine developed from the unit featured in GR Yaris and the hydrogen engine used by the Corolla H2.

Although carbon dioxide is emitted during combustion, the fuel itself uses CO2 present in the atmosphere, resulting in plus/minus zero emissions. It can also be used with existing fuel infrastructure and powertrain technology.

By competing this year alongside entries from Subaru Corporation and another team in the STQ class, Toyota will be able to use motorsport as means of training, discovering issues, making improvements and exploring the possibilities for future practical applications of the fuel. The knowledge gained from racing will also be applied to the evolution of the road-going GR86.

Toyota will enter a vehicle based on GR86 from the second round of the 2022 series, the Fuji Super Tec 24-hour race, under the TOM’S SPIRIT banner. Closer in specification to a production model than the GR86 CNF Concept, it will be refined throughout the racing season, with relevant findings applied to the development of road-going models and parts.

Generating partners for fuel production, transportation and use

For the five-hour race at Suzuka, the Toyota Corolla H2 Concept made use of solar power-derived hydrogen from Namie Town (FH2RP) in Fukushima Prefecture and from Electric Power Company Holdings and Toray Industries in Yamanashi Prefecture.

Until now, Toyota’s hydrogen has been carried in metal tanks, but henceforward CJPT’s FCEV trucks will use racks mounted with lightweight resin liners. These have been designed following the development of high-pressure fuel tanks for the Toyota Mirai fuel cell electric car. Changing to the new resin-lined tanks allows tank pressure to be increased from 20 to 45MPa, which means around four times the amount of hydrogen can be carried. Improvements will continue to be made in efficiency and to meet the demands of transporting hydrogen for different applications, with tank pressure increased to 70MPa.

Improvements in hydrogen use

Toyota will focus on improving the cruising range and refuelling time for the Corolla H2 Concept during the 2022 season.

Abnormal combustion is controlled through precise fuel injection, increasing hydrogen fuel efficiency. As a result, the possible driving range on a single fill-up has been improved by 20 per cent since the last race of 2021. To achieve even better performance, Toyota is developing a new technology to convert the gaseous hydrogen currently used in liquid hydrogen. If this can be achieved, the energy density per volume will not only greatly extend the cruising distance, it will also expand the options for the state of hydrogen that can be used.

In 2021, Toyota improved the Corolla H2’s design so that it can be fuelled from both sides; fuelling times were reduced with each round of the series. This year, with an eye to expanding use of hydrogen in the future, it is taking on the challenge of “high flow filling,” increasing the rate of pressure during fuelling. Filling the tank all at once would usually cause a rapid increase in its internal temperature; Toyota has changed the filling port and piping to handle large flow rates while maintaining safety and ensuring the upper temperature limit isn’t reached. As a result of these changes, filling time has been cut from just under two minutes to one-and-a-half minutes.

The Super Taikyu series’ STQ class is also being contested by a bio-concept car from Mazda Motor Corporation and a Subaru BRZ CNF Concept. Toyota and these companies will share information in areas of co-operation while competing against each other on the track, helping to increase the speed of technological research and progress towards a carbon-neutral society.

Toyota will continue to work together with many relevant parties to refine vehicles and accelerate development in the strict environment of motorsports, create a wide range of partnerships beyond the boundaries of the industry and further expand options for producing, transporting and using hydrogen and carbon-neutral fuels to help achieve a better carbon-neutral society. 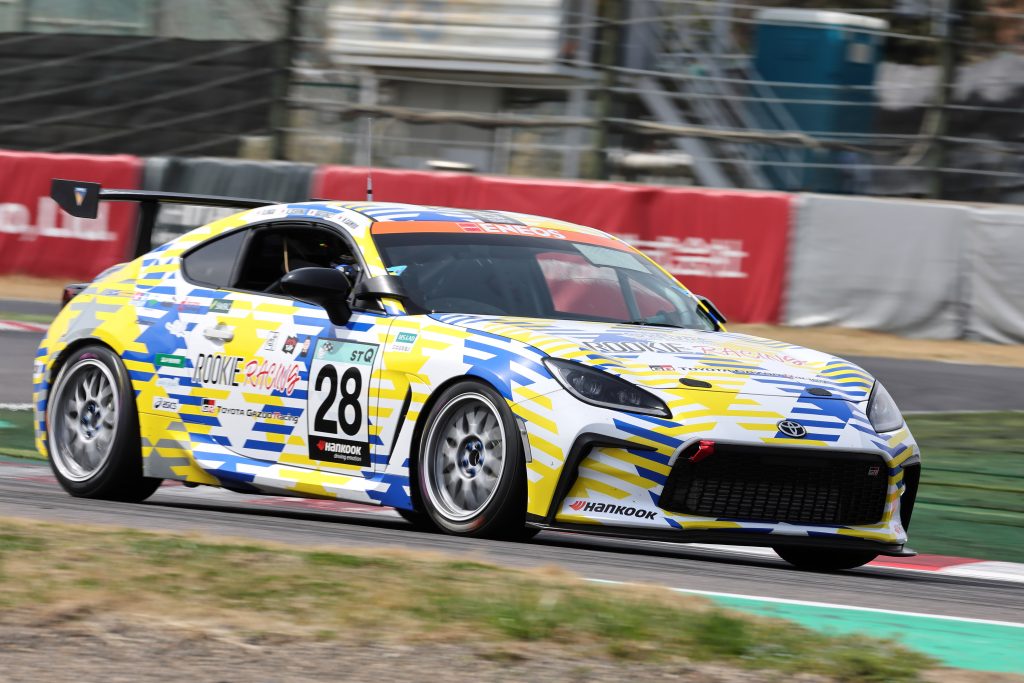 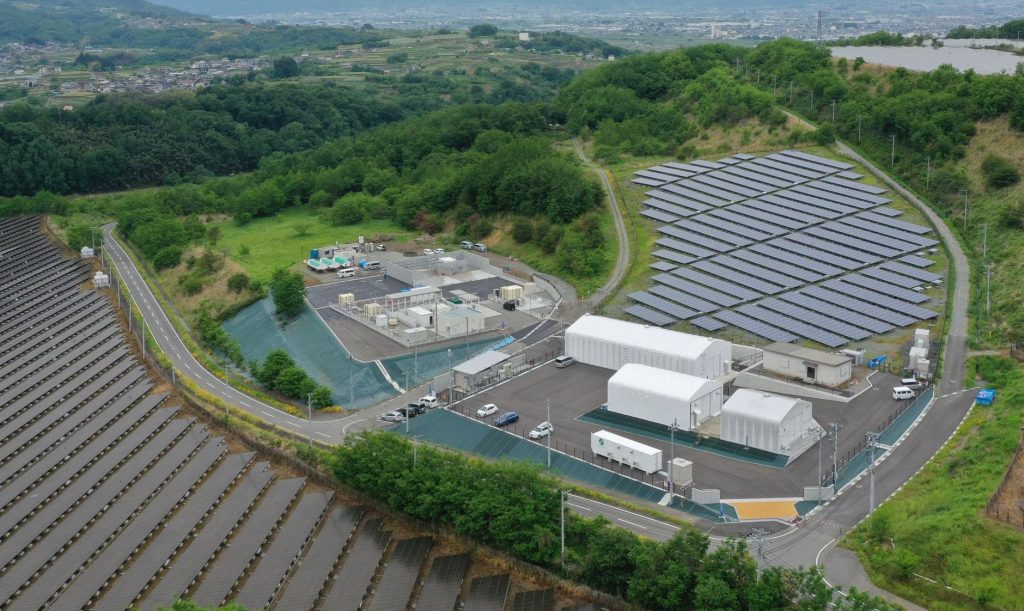 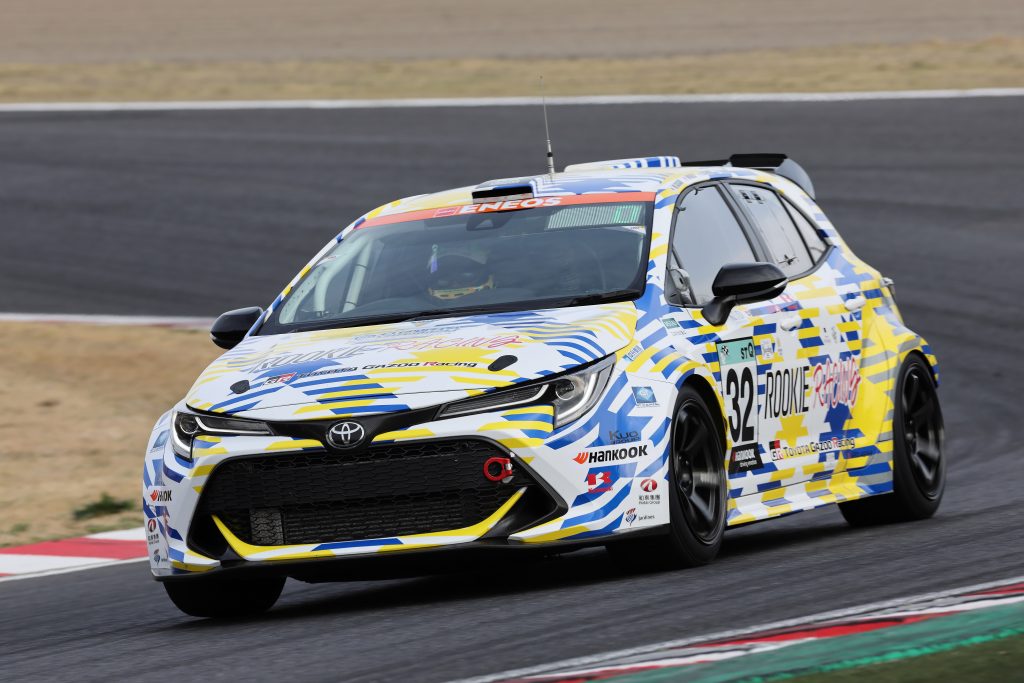 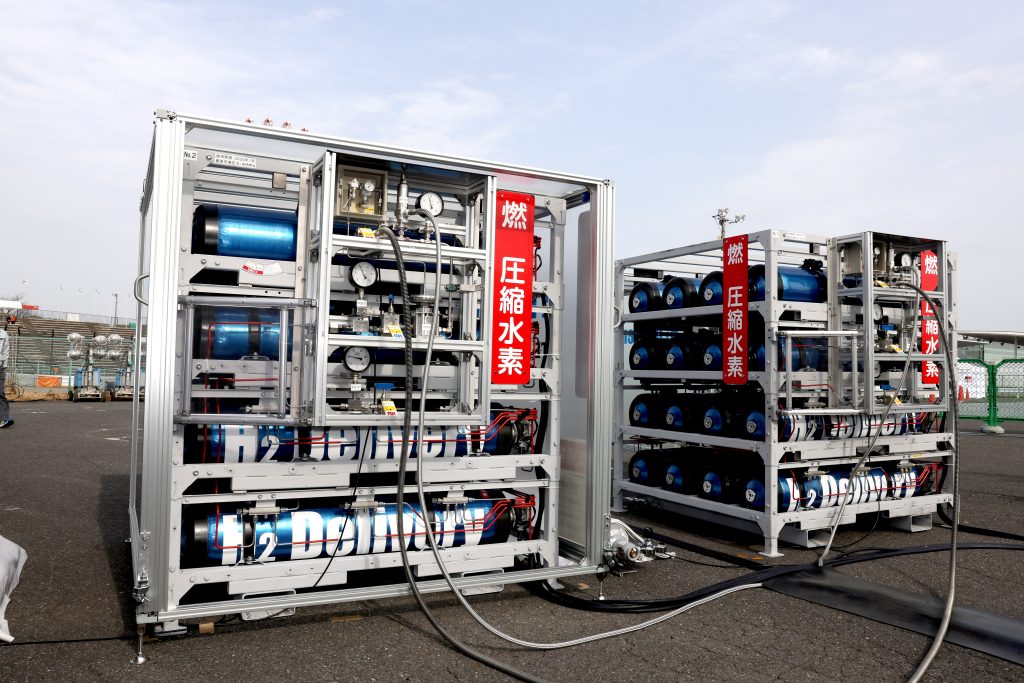