Toyota Gazoo Racing started the 2022 FIA World Endurance Championship (WEC) with a podium finish from an eventful and ultimately frustrating 1000 Miles of Sebring. The race at the Florida circuit was brought to an early halt on Friday (19 March) due to a thunderstorm.

Sébastien Buemi, Brendon Hartley and Ryo Hirakawa launched the team’s 2022 campaign with a podium for second place following a valiant battle in their No8 car.

World Champions Mike Conway, Kamui Kobayashi and José María López did not make it to the chequered flag, their car sidelined by an accident shortly before half-distance. It was the first time the No7 Toyota had failed to finish a race since Le Mans 2017.

A difficult qualifying session left the Toyotas in unfamiliar grid positions – Buemi fourth and Kobayashi seventh. They quickly improved in the race, however, with Buemi moving up to third and Kobayashi just behind in fourth within four laps, joining an all-Hypercar battle for the podium positions.

When the race entered its fourth hour, López had closed the gap on team-mate Hartley and, on lap 104, he overtook to move into second place. But facing a Balance of Performance deficit to the competition, neither Toyota was able to challenge the leading Alpine.

Midway through the fourth hour, the complexion of the race changed. López clashed with a lapped GT car and made contact with the tyre barrier. He attempted to bring the damaged car back to the pits but suffered another impact with the barrier a few corners later. Thankfully he could leave the car unaided and unhurt.

The race was red-flagged for 34 minutes as a result, which proved to be unfortunate timing for the No8 car. Hartley had to make an emergency fuel stop during the safety car restart, then a full pit stop as soon as racing resumed a lap later. Hirakawa took over the No8 car to make his WEC race debut and completed an impressive double stint to extend the No8’s advantage over the third-placed Glickenhaus before Buemi took over the wheel for a final stint.

With just over an hour remaining, the threat of lightning caused the race to be stopped; after a brief attempt to restart behind the safety car, the race was brought to an early conclusion.

The 2022 WEC season continues in Europe with the second round, the 6 Hours of Spa-Francorchamps on 7 May.

“Thank you for all your support during the opening round of the 2022 season. In the end, car No8 finished second and car No7 unfortunately had an incident so could not finish the race, but the important point is that José is okay. Both cars were able to compete at the same level but we were missing a bit of performance, so we need to consider how to improve and come back as a stronger team together with the drivers. The Balance of Performance this time was tough, but I think it was good that we focused on delivering the best performance as a team, and we were able finish on the podium. For the rest of the season, we will continue to fight and push the limits of the car. Unfortunately, I couldn’t win my first race in my new role; I will continue learning to become stronger and lead the team. So please continue to support us. Thank you.”

“That was obviously not how we wanted to start our season. It is pretty frustrating because we were looking forward to a solid result. We didn’t have the pace to win but we had enough to be on the podium and that was the aim. I was gearing up to drive just as the incident happened, so I didn’t get any laps today. It’s a pity but thankfully the car is strong and José is okay; that’s the main thing. Incidents like this can happen in endurance racing. The car can be repaired for Spa when we’ll pick up our season and push for a much better result.”

“I was running well and managed to get ahead of car No8. Unfortunately, I made contact with a GT car and damaged the front end. I tried to recover as quickly as possible, but I misjudged how damaged the car was. As I was approaching turn 14, the front bodywork fell down due to the damage. I wasn’t able to steer or slow down properly, so I went straight into the barriers. It was a big one but the car is very safe, so I am thankful for that. Thanks to the medics and everyone here at Sebring for looking after me. Everything is fine and I’m ready to race in the 12 Hours on Saturday. I just feel terribly sorry for the team and my team-mates.”

“It was a crazy race, and a tough one for the team with the accident for car No7. We were having a good race with the sister car up to that point. But second was the best we could achieve today, so we take those points towards the World Championship fight. We knew before coming to Sebring it was going to be a tough one. When you get points like this it is better than nothing; we want to win but it wasn’t possible today, so we move on to the next race.”

“We had a pretty clean race. Séb did a good job on the first two stints. I took some older tyres and it was tough against José who put me under pressure. Unfortunately for him, he had the incident. Ryo had a fantastic debut in car No8. We already have a good team spirit going and he delivered a perfect race today. We didn’t have the pace to fight for the win but we did a faultless race and we can be satisfied with second. We’ll take these points and prepare for Le Mans and a World Championship challenge.”

“I was able to finish on the podium in my first race with Toyota Gazoo Racing so I am happy. My first experience of the GR010 Hybrid in a race situation went well. It was not easy and getting through the LMP2 traffic was quite tricky. We made no mistakes and earned a podium which is a good result to start the season considering everything. We will keep pushing and now I am looking forward to racing in Spa.”

The 2022 FIA World Endurance Championship (WEC) has begun, and the second year of the Hypercar challenge has begun. In the first race in which Kamui became the team representative, car No7, which he himself rides, crashed, and car No8 continued to run until the end, but could not win.

What will the whole team improve for the next spa and Le Mans in June? I hope that all drivers, engineers, and mechanics will think and do action.

I was afraid of the accident of car No7, but Jose’s body was safe. That was really fortunate. The crash is not the fault of anyone. I’m sure there is something we can learn from here as well. I hope that drivers will be able to create cars that can be driven with confidence.

I have also heard that strict balance of performance had been adopted. If you aim for victory and try to overcome this, the evolution of technology and skills will be born there. Let’s continue to make ever-better cars from the race.

I watched the video of the meeting immediately after the race where everyone gathered around Kamui who became the team representative. I am grateful that Kamui took the initiative in initiating this kind of communication. I can say anything I noticed … Thank you for doing something … It may be obvious, but what I expect is to build such a “family” team. Dual role with the driver may be difficult, but please continue to play the role of team representative.

Fans, this team will continue to evolve. The stronger the team, the stronger and faster the car. Thank you for your warm support this season as well. 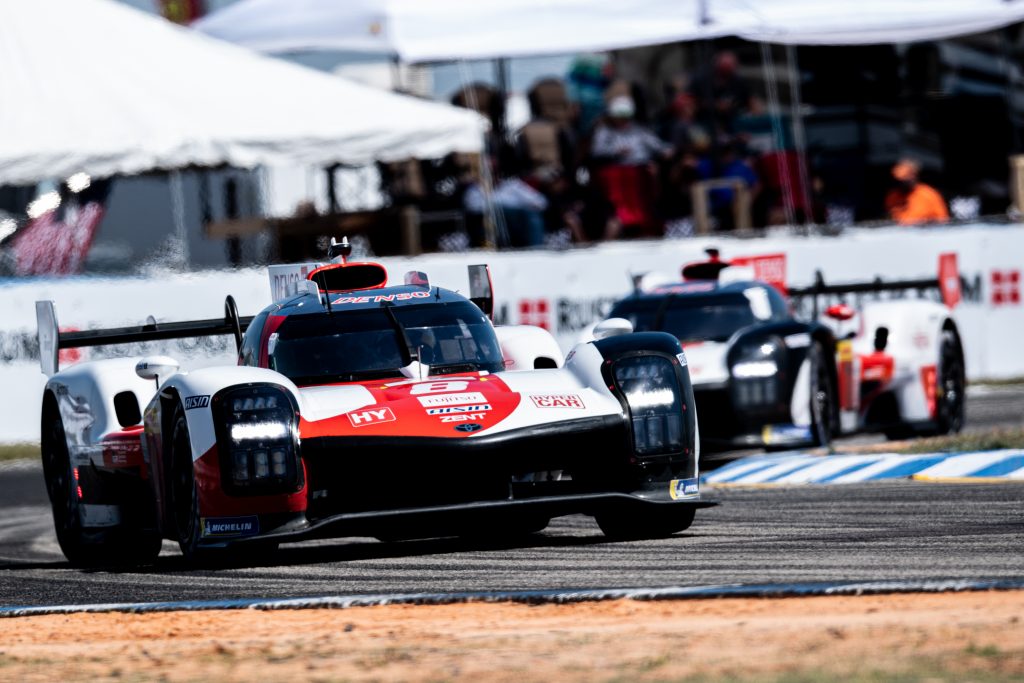 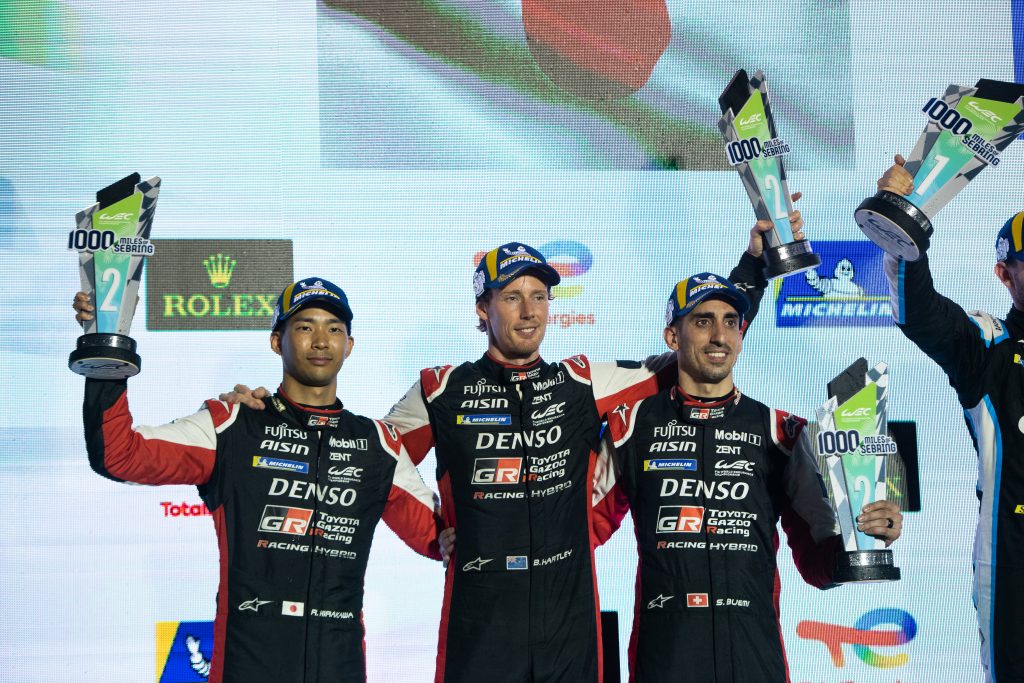 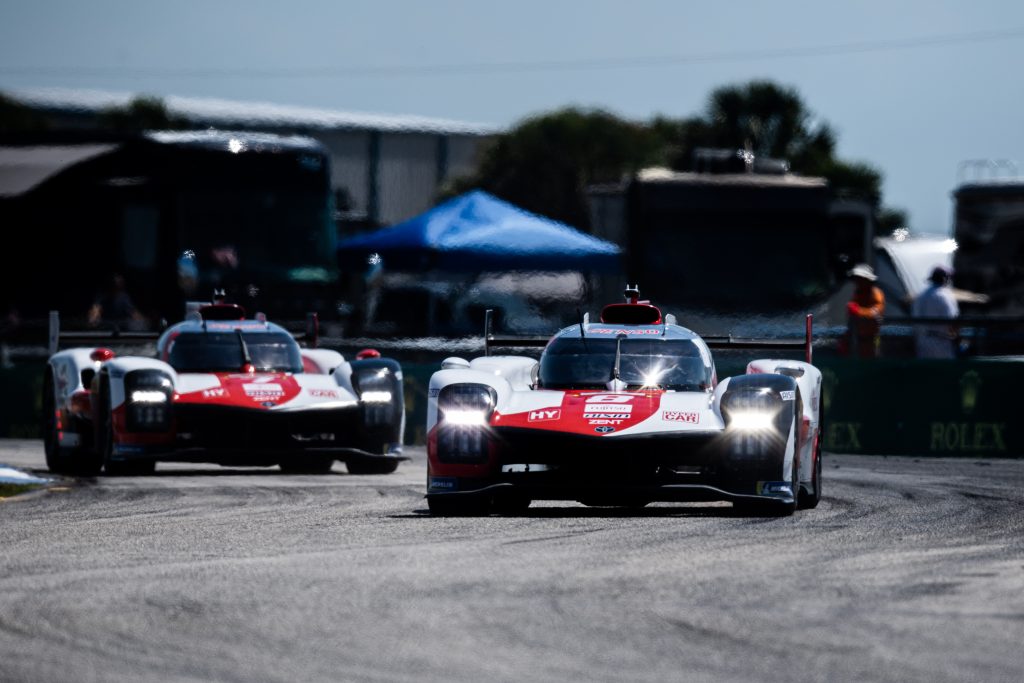