The Toyota Gazoo Racing World Rally Team is preparing to face another of the sport’s most demanding events when the Acropolis Rally in Greece returns to the FIA World Rally Championship, from 9 – 12 September.

The event last featured in the WRC in 2013, having been almost ever-present on the calendar since the inaugural season 40 years earlier. It is known for rocky mountain roads and high temperatures which combine to create a tough challenge for the cars, tyres and drivers.

Sébastien Ogier, who won the rally in 2011, heads to Greece with a 38-point lead in the championship, with team-mate Elfyn Evans in joint second place. Kalle Rovanperä, fourth in the standings, will be making his Acropolis Rally debut, as will TGR WRC Challenge Program driver Takamoto Katsuta. Toyota has a 41-point lead in the manufacturers’ championship with four rounds remaining.

The rally will begin on Thursday afternoon from Athens, with a start ceremony beneath the ancient Acropolis citadel and a short street stage around Syntagma Square. From there, Friday takes the crews out west for a pair of stages close to Loutraki, one of which will be repeated following a lunchtime tyre-fitting zone and before another pair of stages are tackled on the route north back towards the service park in Lamia.

Saturday is the longest day of the rally, beginning with a loop of four stages split into two by a tyre-fitting zone in Itea. Two of those stages – Pavliani and Eleftherohori – will be repeated after a full mid-afternoon service in Lamia. The conclusion to the rally on Sunday includes Pyrgos, the longest stage of the weekend at 20.6 miles, between two visits to the famous Tarzan test.

“It’s great to have the WRC back in Greece. The last time that the Acropolis Rally was on the calendar, I actually won it, and it’s an event that I like a lot myself. You have to really think about your driving because it can be rough in places and the tyre wear is quite high. Some of the stages close to Lamia have not been used for 16 years, so they will be completely new for all the current drivers. We know the organisers have been working on the roads quite a lot, and their condition seems much better than in the past. There’s a lot of loose gravel on top, though, so opening the road could be pretty challenging. Although this is another new rally on the calendar, we do have some good Acropolis Rally experience within the team, and I hope this helps us to have a successful event.”

“It’s nice that the WRC is going back to Greece. The Acropolis Rally is one of these events which made the history of the WRC, and we’ve missed it now for a few years. It’s definitely a country I love and I’m looking forward to going back there. Of course, we can have some idea of what to expect from the past, but it will be a new event in the sense that I think everybody will have to write new pacenotes, and it’s always nice when everybody starts from the same level like that. I know it will be a rally where opening the road will be challenging, but it’s good to be in the position we are in the championship and we’re going to do everything we can to maintain this gap. That will be our target.”

“I’ve done the Acropolis once before, back in 2012, but that was with a two-wheel drive car. It’s obviously going to be a very different experience going there now with a World Rally Car, and there will be a lot of new pacenotes to write. So it’s more or less like going to a brand new rally for me, even though Scott does have a bit more experience there. The route has a lot of stages that will be used just once, which is unusual, and that means there will be a lot of road cleaning to contend with – as with any dry gravel rally. We don’t know exactly what we’re going to be facing, but we’re going there to get the best result possible, as always.”

“It’s nice to be going to another classic event in the WRC. I know that previously the Acropolis was always a really tough event. This year, from the videos we have seen, the roads look to be in a better condition than in the past, and I think it’s going to be quite an interesting event. With many stages being driven only once, it’s going to be really important to have a good set-up for those first-pass conditions when it’s a bit more slippery, so this was the main focus of our pre-event test. Hopefully we can have the pace to fight for the podium places again. We just need to try and have a clean rally and see what we get.” 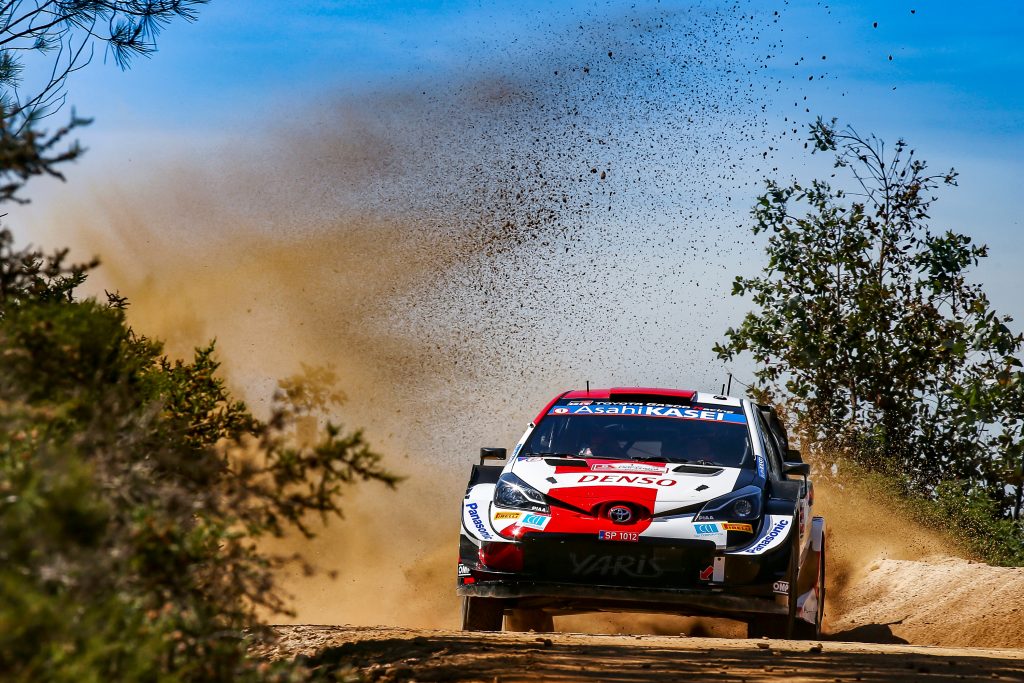