Ott Tänak claimed his second successive World Rally Championship win on Sunday, following up his success in Chile with a hard-earned victory on Rally Portugal.

The Estonian, co-driven by Martin Järveoja, led the event from Friday morning, eventually bringing his Yaris WRC home 16 seconds clear of his nearest challenger, Thierry Neuville. The result – including bonus points earned in the concluding Power Stage – moves Tänak to just two points off the top of the drivers’ title race.

He said: It’s been a long and very tough weekend, definitely the hardest win I’ve ever had. The championship is looking really tight but I think we are in a good position going to the next event in Sardinia.”

Toyota Gazoo Racing World Rally Team dominated the early part of the event, with Tänak, Jari-Matti Latvala and Kris Meeke locking out the top three places after Friday’s action. Latvala’s podium hopes were dashed after stopping prior to Saturday’s final stage, but he fought back to seventh on Sunday, netting valuable points for the team.

Meeke was running confidently in second place during Sunday’s early stages, but dropped to third following a spin on the penultimate test. On the closing stage he clipped a tree stump and was forced to retire.

The team will be back in action next week on Rally Italia Sardegna (13 to 16 June), another gravel event contested on narrow routes lined with rocks and trees.

Two in a Row for Tanak with Victory on Rally Portugal 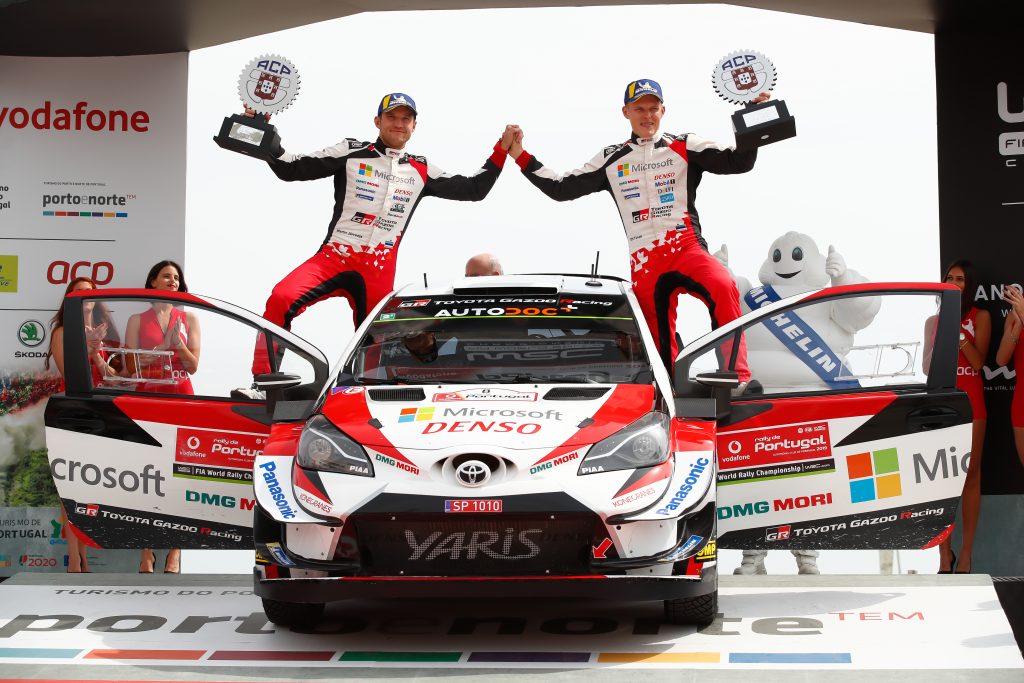 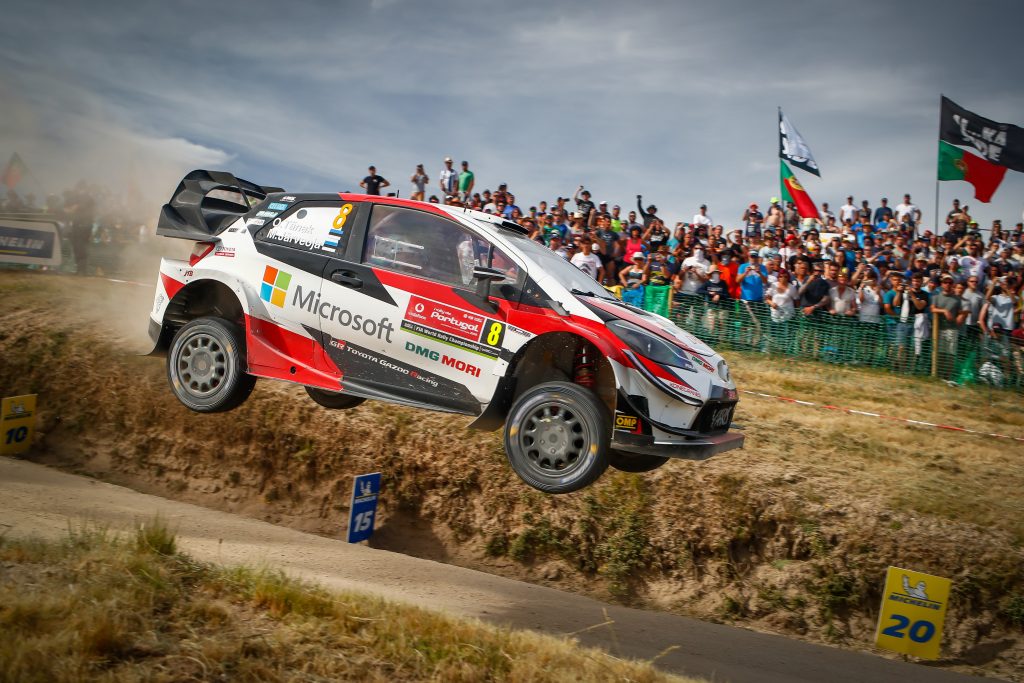 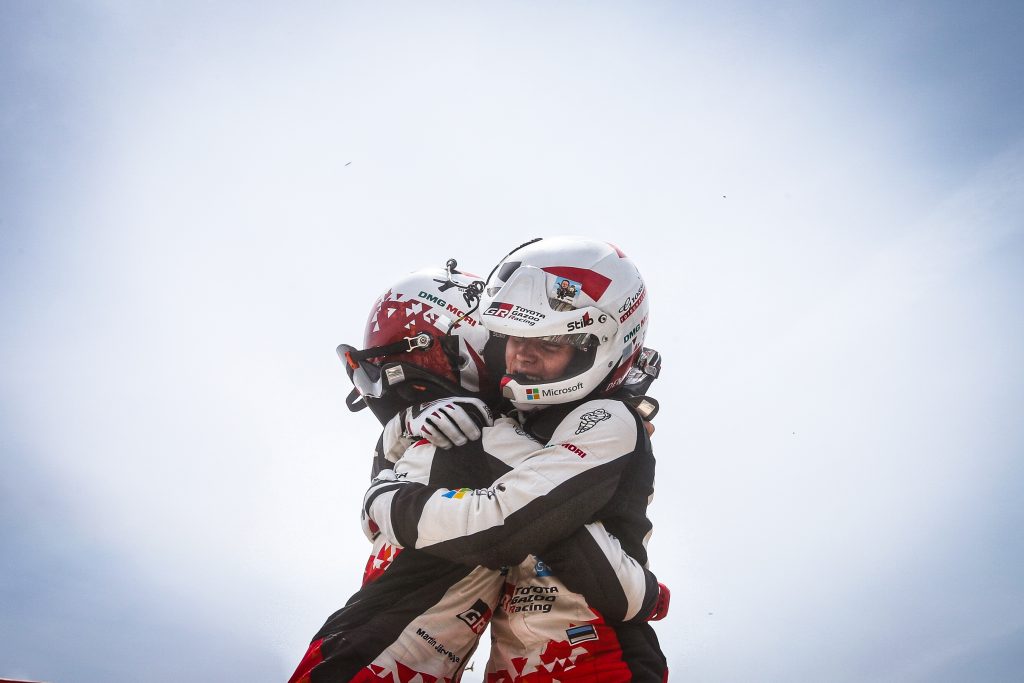 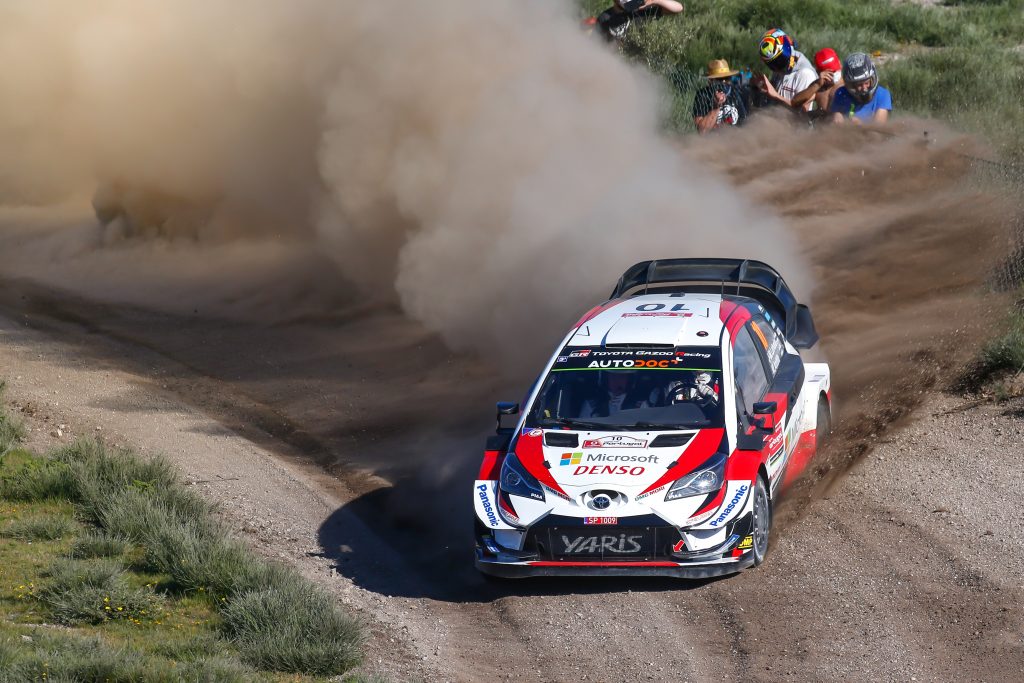 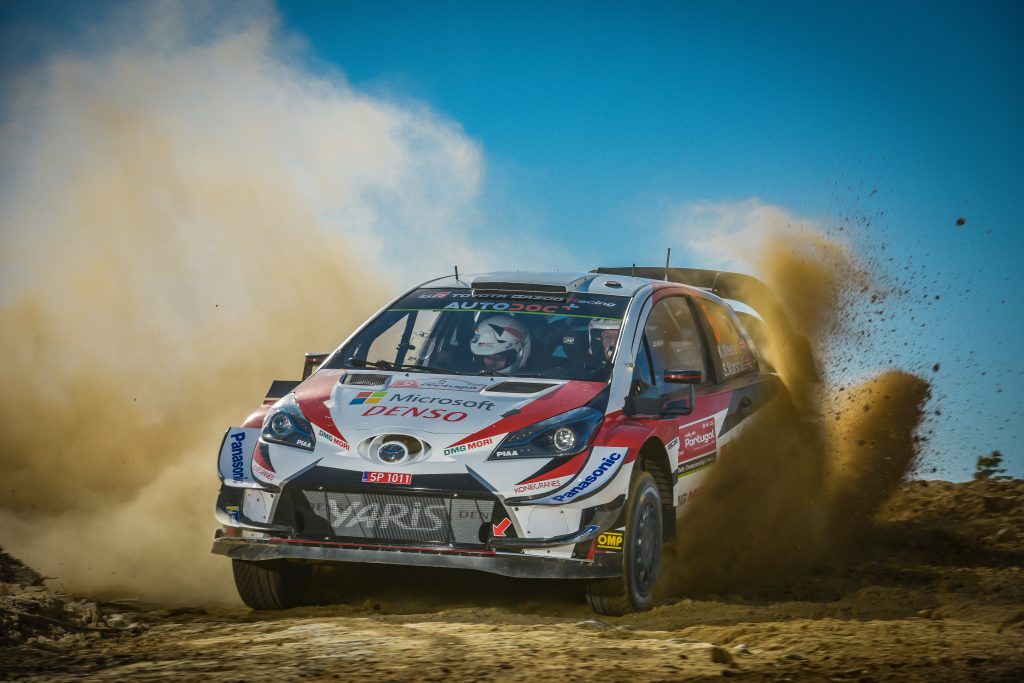