Al-Attiyah and Baumel took an early lead in the rally, winning the prologue as well as the opening stage. This set them up with an advantage that they’ve been able to maintain to date. The crew will now focus on protecting their lead for the remainder of the race, with the aim of securing a second victory for Toyota Gazoo Racing, following their win in 2019.

Stage 10 brought another strong performance from Henk Lategan and co-driver Brett Cummings. The Stage 5 winners finished in second place on Stage 9, just seven seconds behind the stage winners, Giniel de Villiers and co-driver Dennis Murphy. This meant that they were the second car into Stage 10, just behind their teammates. However, opening the route proved tricky and Latigan caught up with de Villiers roughly 62 miles into the stage. From this point forward, it was the young South African who had to find the route, with the help of co-driver Cummings.

The pair picked their way across the Saudi Arabian landscape, following some spectacular canyons towards the finish near the city of Bisha. They posted the fourth-fastest time, despite their position at the head of the field, surrendering only 4min 11sec to the eventual stage winners. They are now in 30th position overall, trailing Al-Attiyah and Baumel by 10hr 7min 55sec.

De Villiers and Murphy not only had to contend with finding the route over the first 62 miles of the stage, but also suffered a mid-stage puncture. Despite this, they went 15th-fastest, 11min 31sec slower than the stage winners. They remain in sixth place in the overall standings, trailing the leaders by 1hr 45min 42sec. They’re currently 4min 40sec behind 5th place.

Stage 10 saw Shameer Variawa and co-driver Danie Stassen record the 23rd-fastest time after they struggled with brake balance in the latter part of the stage. They decided to surrender some pace in exchange for safety, as they experienced a number of close calls due to the balance problem. The technical crew will track down the issue during service, preparing the Toyota Hilux for battle once more. Variawa and Stassen have moved up into 13th place in the overall standings, 3hr 29min 12sec behind the lead.

Just two stages remain in Dakar 2022.  Stage 11 is a looped stage starting and finishing near the bivouac at Bisha. Crews will complete a short liaison of 54 miles, before tackling the 215 miles timed section over mixed terrain. A liaison of 42 miles will bring them back to Bisha, before the final stage that takes the Dakar caravan to the city of Jeddah on 14 January.

“After the ecstasy of our 1-2-3 on Stage 9, Stage 10 was always going to have big shoes to fill. Giniel and Dennis initially opened the road, but then Henk and Brett came past them. So, between the two crews, they opened most of the road today. This allowed Nasser and Mathieu to drive at a more controlled pace, staying in the lead of the rally without losing significant time to Sebastien Loeb, who is in second place. Shameer and Danie had yet another good result, despite struggling with some brake fade in the latter part of the stage.”

“Stage 10 of Dakar was another good day for us. It wasn’t easy, and the route from Wadi Ad Dawasir to Bisha was tricky. But we managed to get through without any problems, taking no risks. I’m really quite happy to finish behind Sebastien Loeb, losing just one minute to him today. The gap is now 32min and we have a good road position for Stage 11. Our aim will be to control the pace, and get to Jeddah in first place on Friday.”

“It was definitely a tough stage to open, and it wasn’t easy from a navigational point of view. We made too many mistakes today, trying to find the way, and it cost us six or seven minutes easily. Henk caught up with us a one of the spots where we went wrong, and then we followed him for a bit. They did a good job up front, but we have to accept that mistakes happen when you open the road. We were 15th-fastest today, leaving us with a good road position for Stage 11 tomorrow.”

“It was a really difficult stage, and probably the busiest of the race so far. We started with a fast section, before going into some canyons where the navigation became really difficult. We started in second position this morning, but caught up with Giniel after about 62 miles. We managed to pass him later on, but then we were opening the road. Brett did a very good job, and we came across some of the most spectacular scenery on the race. I’m very happy with the day, especially since we had to open for a large part of the stage.”

“I didn’t find today’s stage too tough, to be honest, since I generally enjoy more technical and rough routes. Unfortunately, we had a puncture that put us back a bit, and I kept struggling with the brakes. We had a couple of moments as a result, then I decided to back off a bit for safety,  just to bring it to the end. I don’t like to think too far ahead, I just take things day by day. Tomorrow is a new race, and then we’ll see after that.” 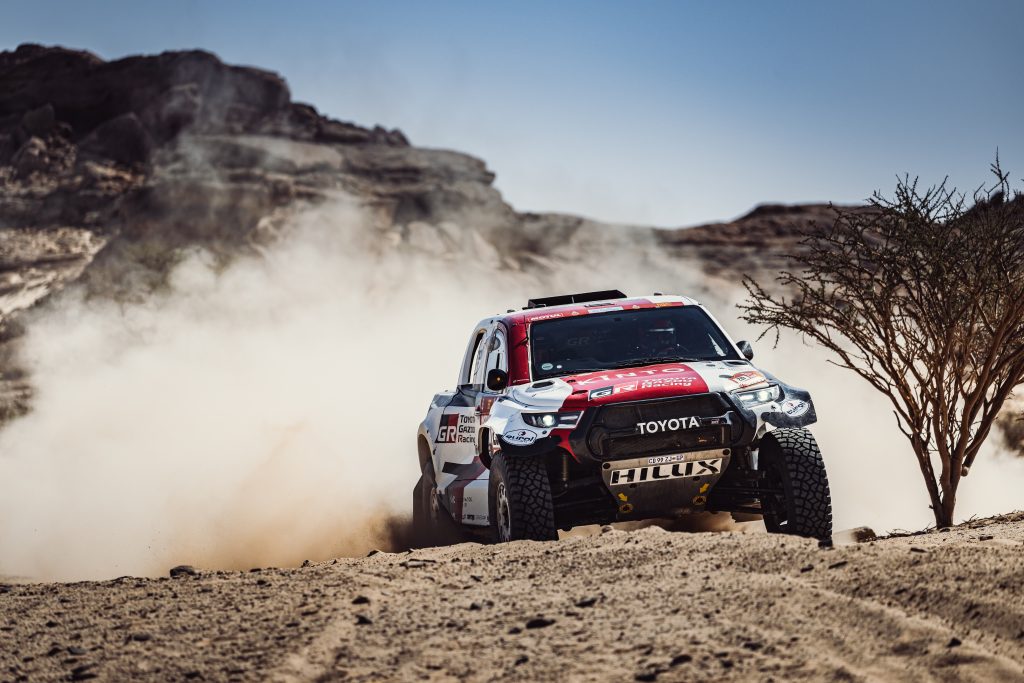 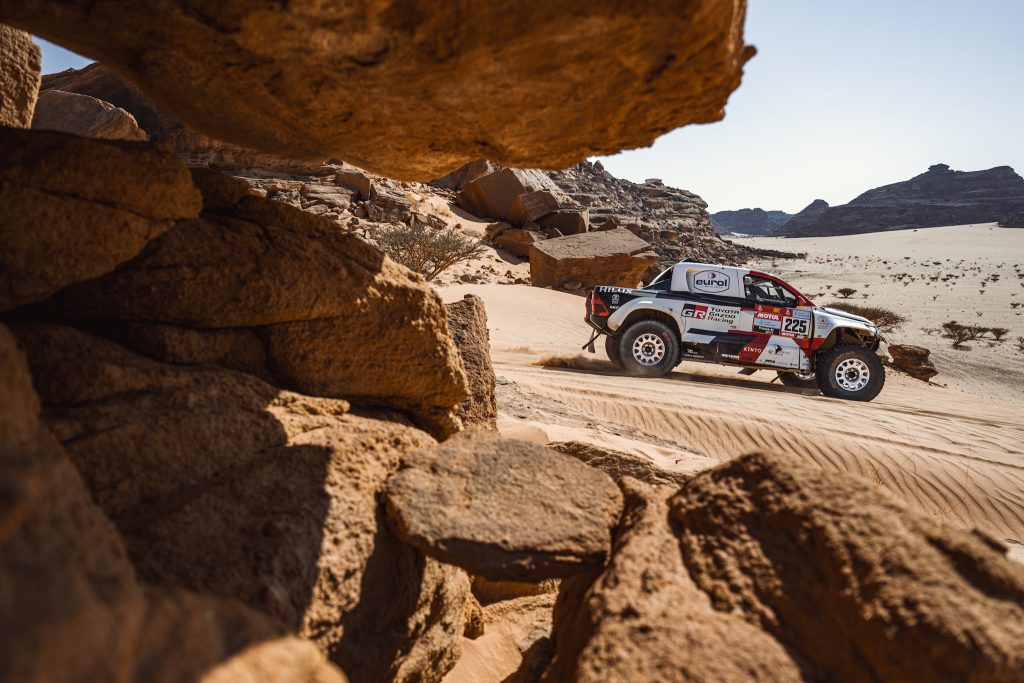 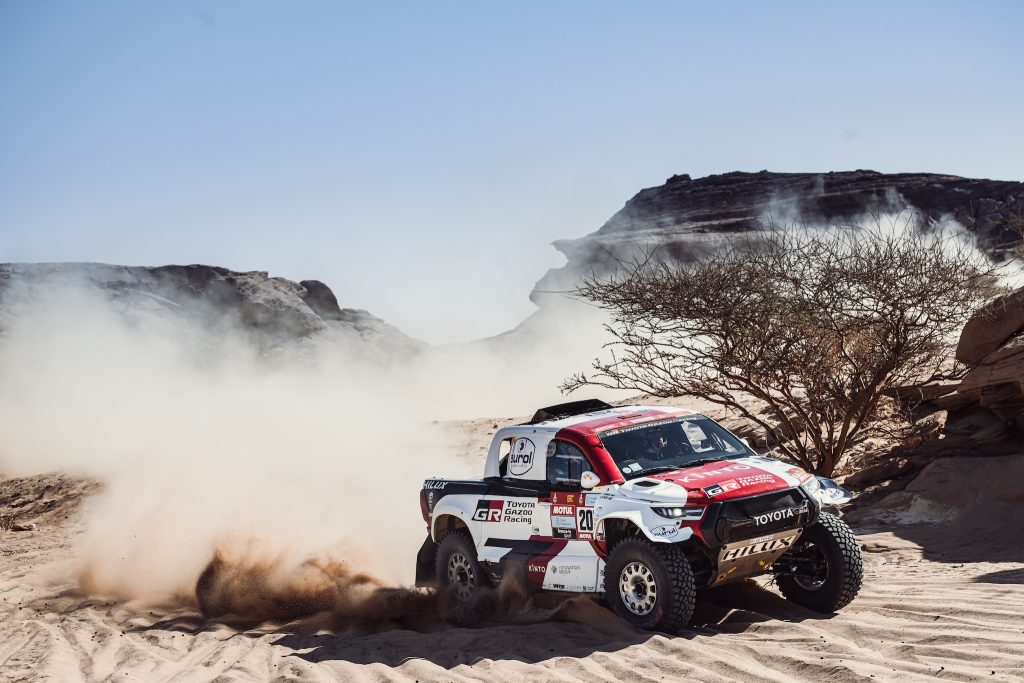 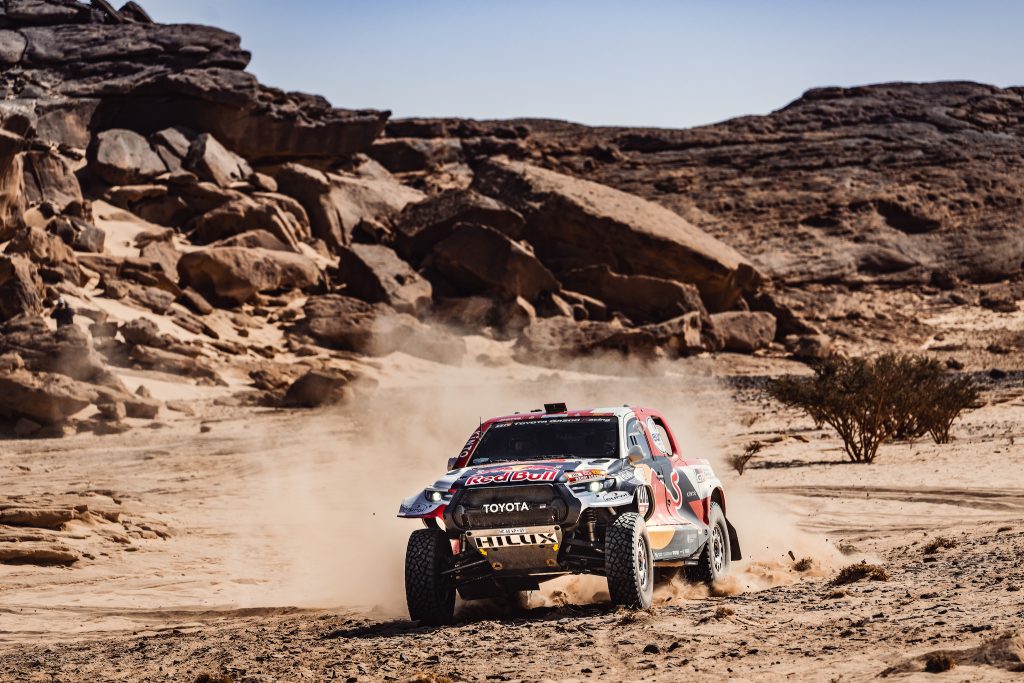 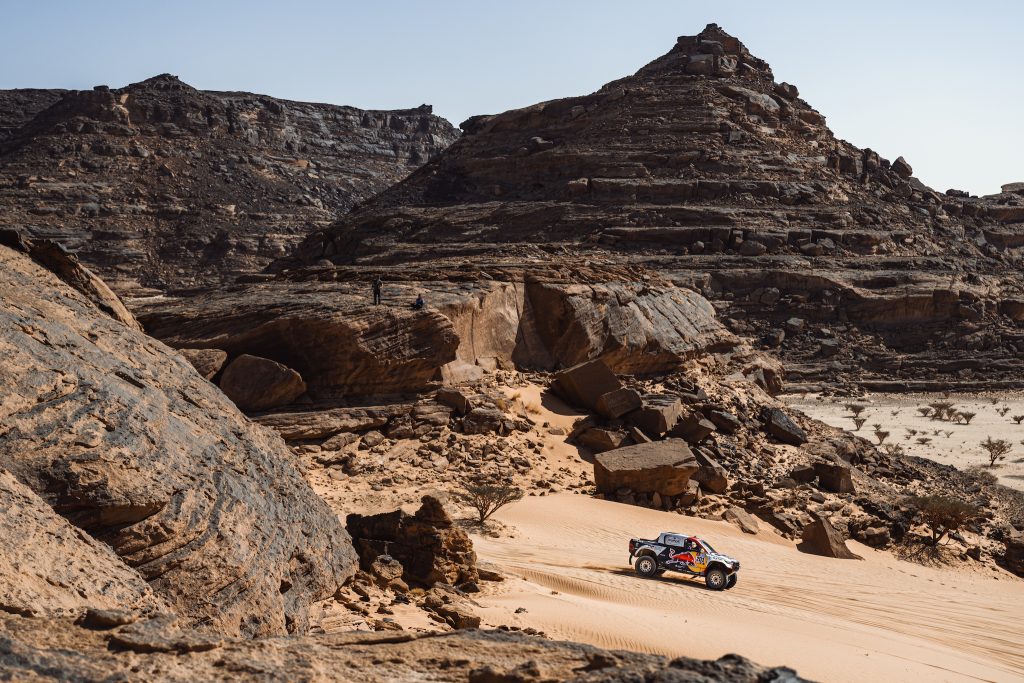 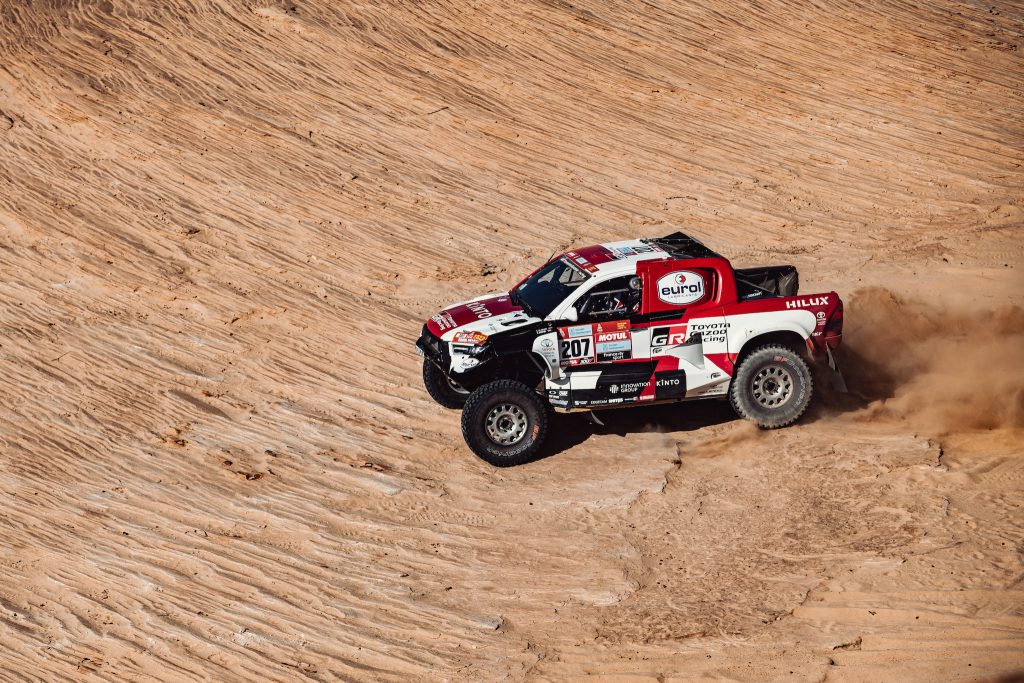 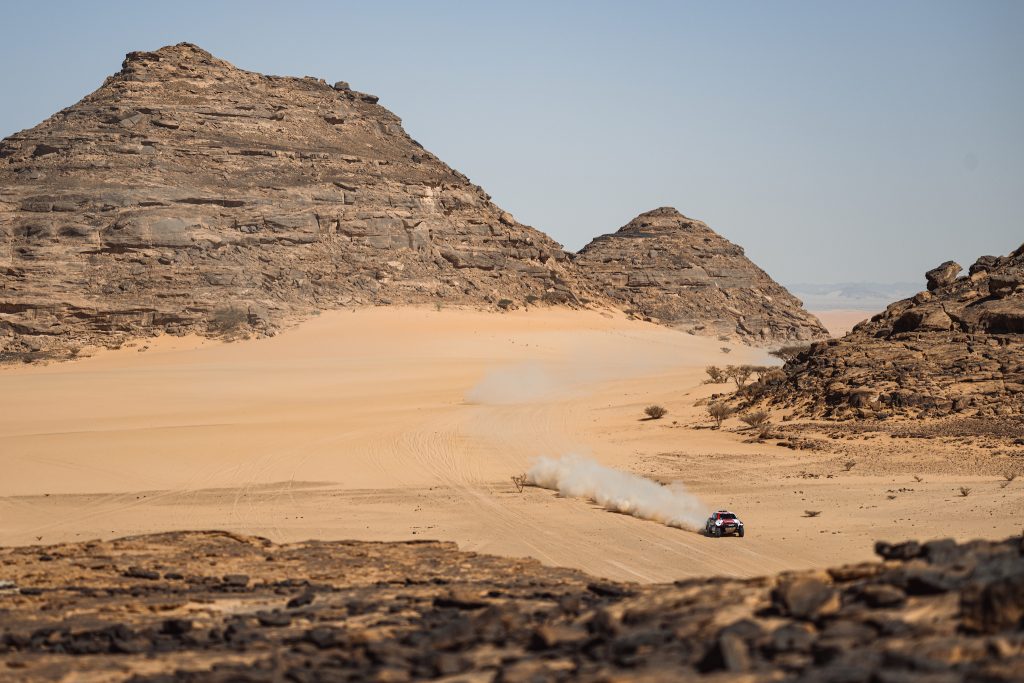 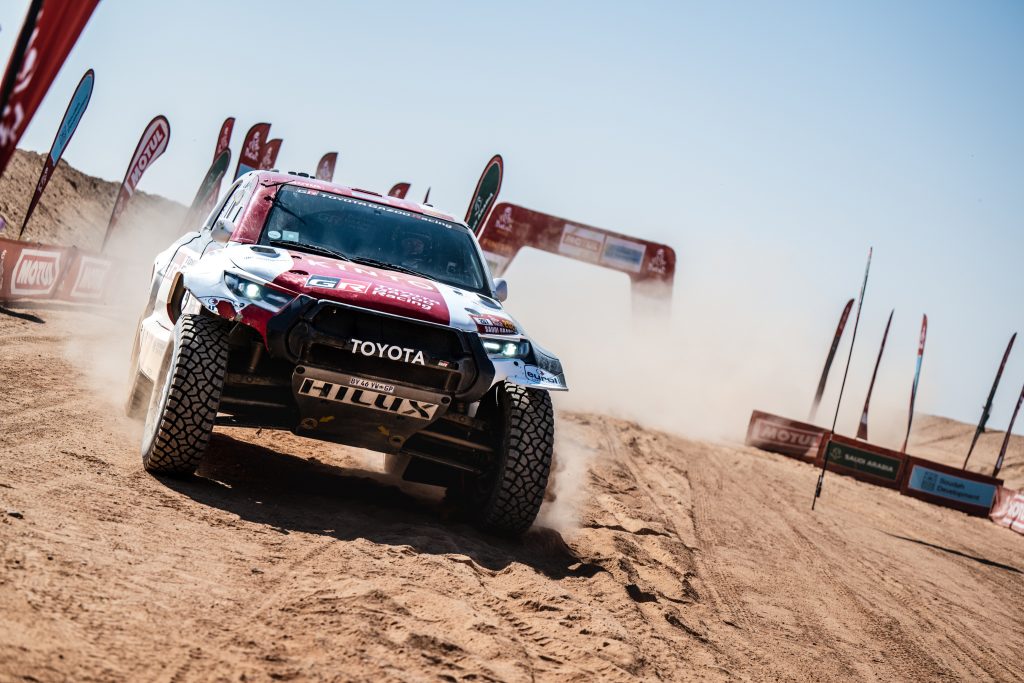