It is a landmark 10th victory for Toyota on the famous African event, and the first time it has achieved a 1-2-3-4 finish in the World Rally Championship since the 1993 Safari Rally.

In its second running since returning to the WRC calendar last year, the Safari delivered even tougher conditions, including deep ‘fesh-fesh’ sand on Friday and wet and muddy surfaces on Saturday, in addition to the ever-present rocks and stones. It was by far the hardest challenge yet for the new generation of hybrid-powered Rally1 cars, but the GR Yaris remained reliable and dominated the weekend without any major issues. The next best-placed car finished eight-and-a-half minutes adrift of the Toyota quartet.

Rovanperä had an early scare when he ran wide on the very first corner on Thursday’s opening super special in Nairobi and knocked a tyre off its rim. But he and co-driver Jonne Halttunen ran faultlessly thereafter on the way to their fourth victory in five rounds, increasing their championship lead to 65 points. Evans and his co-driver Scott Martin also performed superbly and ran their team-mates close for the victory, remaining within 20 seconds of the lead until rain fell Saturday afternoon. They finished 52.8s away as they scored their second podium of the season.

Ogier, the 2021 Safari winner, led for most of Friday before having stop and change a tyre on the day’s final stage, losing more than two minutes. He and co-driver Benjamin Veillas fought back to fourth overall and, with their team-mates focused on reaching their finish, set the third-fastest time in the rally-ending Power Stage to add to the team’s points haul from the weekend. Toyota’s manufacturers’ championship lead has increased to 62 points.

“TGR’s first 1-2-3-4 finish was achieved thanks to our crews who brought the cars back safely on such tough roads in Kenya. This event reminded us how important it is to drive through the rally without trouble. I appreciate not only the crews, but also the team’s support behind them.

“Not staying disappointed after the result in Sardinia, the team did a great job to prepare for Kenya in a short space of time. I heard some parts were even completed only after arriving in Kenya. Mechanics and engineers kept discussing between services and did not stop making improvements for the rough surfaces. I’m proud that the team are implementing ever-better car making through the rallies taking place on real roads.

“Kalle went wide and his car was damaged on the first day. Many were worried but his mechanics were very confident and managed to fix it in 15 minutes. Of course, Kalle’s driving was amazing to win the rally from this position, but the mechanics’ skills and confidence were great as well.

“I’m most pleased to feel that this wonderful achievement is the result of the team’s strength that we have built up over the years. We cannot forget that the fans’ support is also helping the team a lot. I appreciate your continuous support for the second half of the 2022 season.

“PS: Thank you to those from Toyota Kenya who came to cheer for the team. Thanks to your warm welcome and support, we were able to enjoy this rally as another home event.”

Jari-Matti Latvala (Team Principal)
“To achieve a 1-2-3-4 here at the Safari Rally is an exceptional result. It’s nearly 30 years since Toyota managed the same feat here in Kenya with the Celica and I can only thank our team and our drivers for the superb job they have done. When we were developing the GR YARIS Rally1 we focused above all on making a really strong and reliable car. This was really the most important thing on this event and the car has worked really well in such difficult conditions. Our drivers have also driven this rally exactly the way it needs to be driven, which is in a very smart way, and it was great to see them all thinking about the result for the team rather than their own personal ambitions.”

Sébastien Ogier (Driver car 1)
“It has been a really strong weekend. I was only missing a bit of luck but that’s part of the game. Most of all, I’m happy to be a part of this amazing result for the team and I want to congratulate everybody at Toyota Gazoo Racing because it’s been a great effort to provide all four of us drivers with such a strong car for three full days on the toughest rally of the season. This rally was a tough challenge up to the end so the whole team deserve a big round of applause, and also my team-mates because they drove very well this weekend.”

Elfyn Evans (Driver car 33)
“It’s been a really nice weekend. Of course, we really wanted to fight for the win, but that slipped away from us on Saturday with one thing or another, and today was about securing this 1-2-3-4 for Toyota Gazoo Racing which is obviously a fantastic result to be a part of. It was a tough fight to get through this extreme terrain here in Kenya and while everybody else has struggled, our cars have really come through it so a big well done to the team.”

Kalle Rovanperä (Driver car 69)
“This is a result that I don’t think we could have even imagined before the event. To have a top four that is all Toyota is something amazing and such a great result for the team. It was the hardest rally I’ve ever done, so to have all four cars at the finish with no big issues, it’s clearly the strongest and fastest car. For me to get the win here like this in such a special rally is really nice. Thank you to the team, everybody did a great job. They are developing the car all the time which is important and that’s helping us to put some good results together.”

What’s next?
Rally Estonia (14-17 July) takes place on fast and smooth gravel roads with many crests and jumps, as well as some more technical sections. 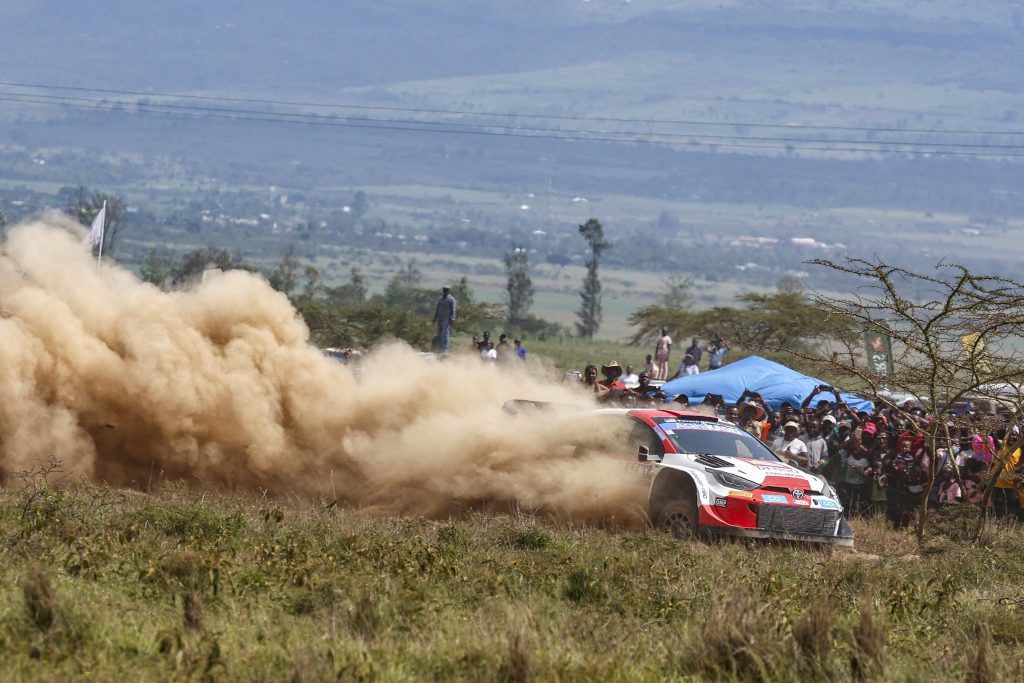 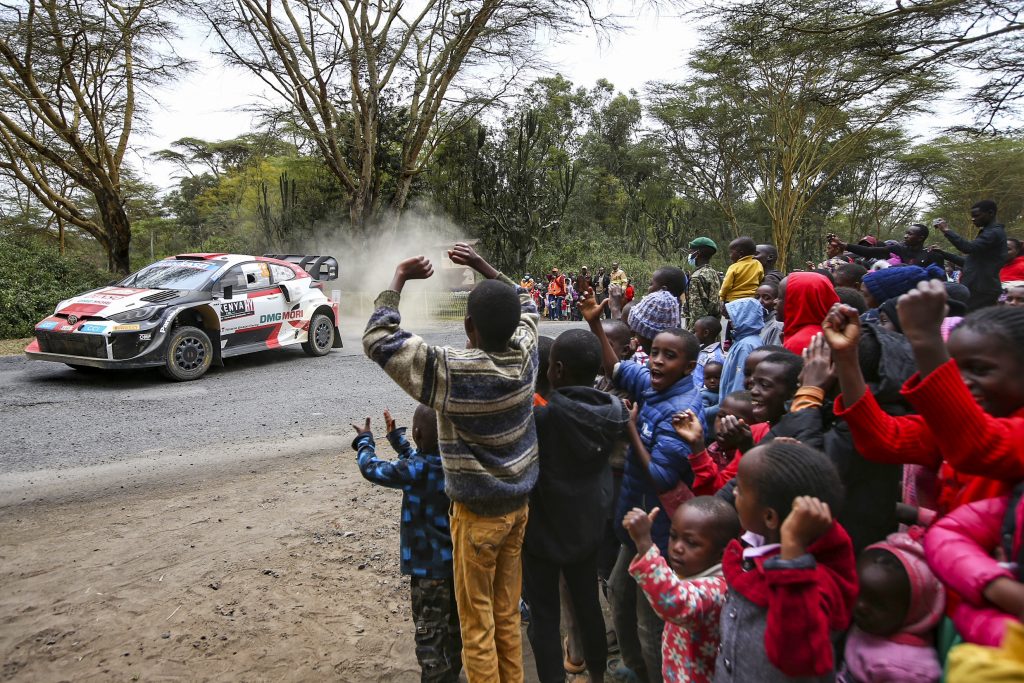 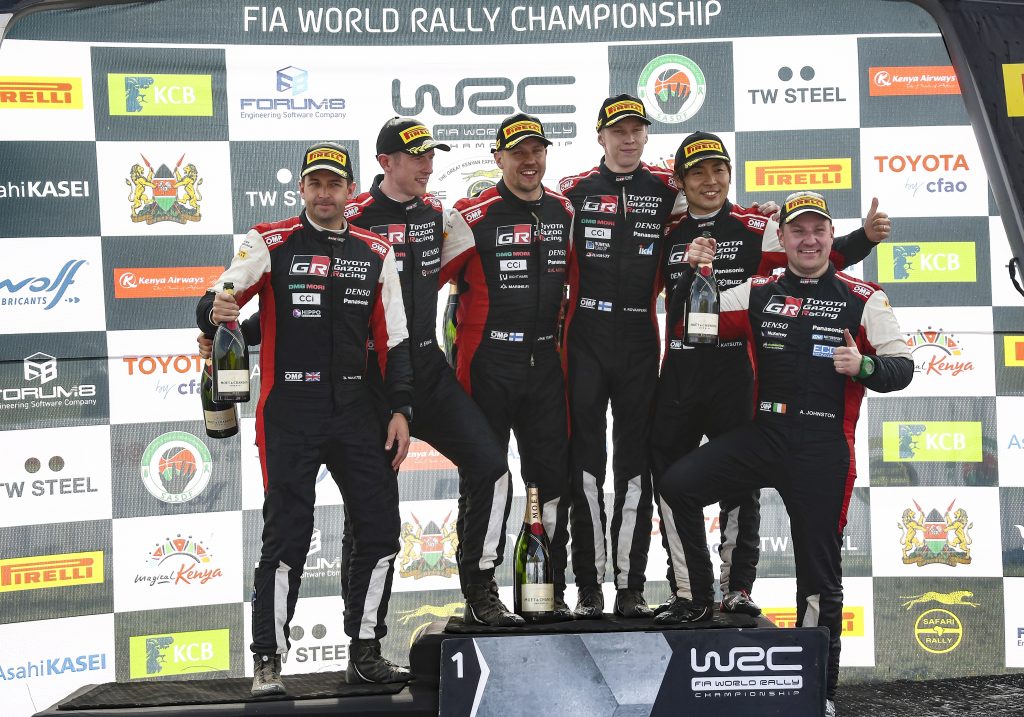 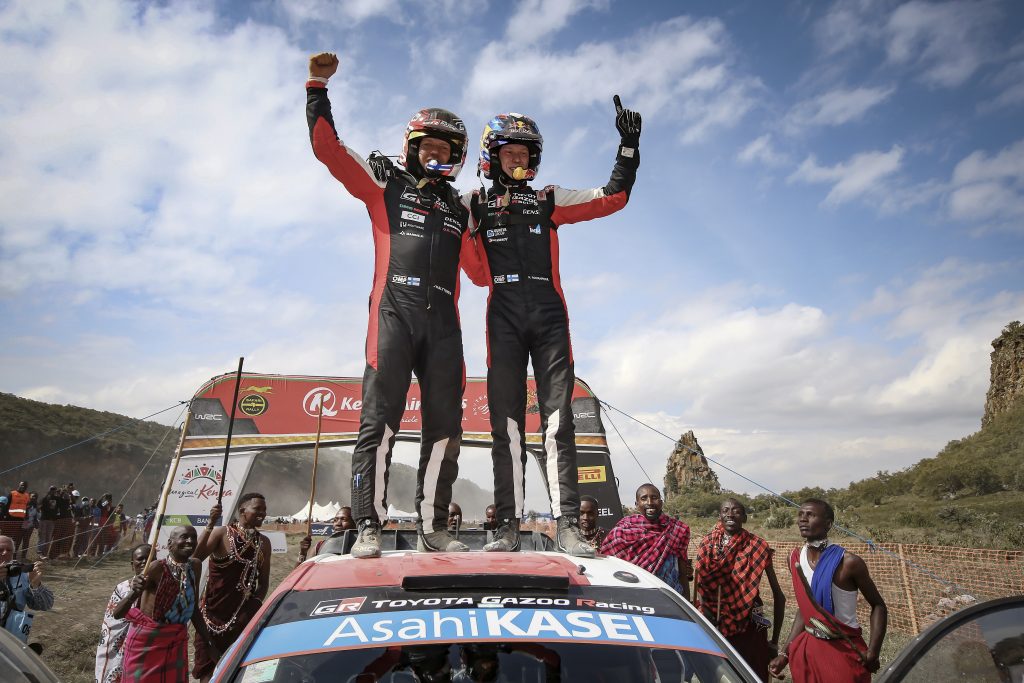 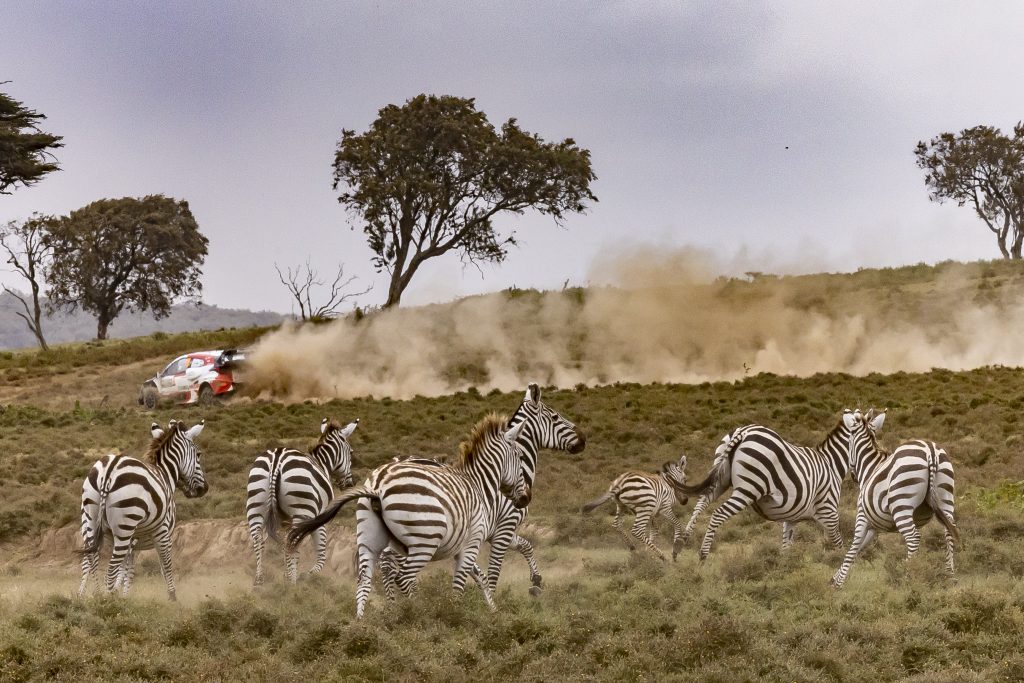