Kamui Kobayashi secured the first pole position of the Hypercar era and the team’s fifth in succession at Le Mans with a lap of 3min 23.900sec in the Hyperpole session, in the No7 GR010 Hybrid he shares with Mike Conway and José María López.

Kobayashi, holder of the Le Mans lap record since 2017, has now set four pole positions for the 24-hour race, just one short of the long-established record held by Jacky Ickx.

Brendon Hartley was a close second, just 0.295sec away, in the No8 GR010 Hybrid he drives alongside Sébastien Buemi and Kazuki Nakajima. That ensures an all-Toyota Gazoo Racing front row.

Preparations for Hyperpole did not go according to plan for car No8 in third practice. With 25 minutes to go in the three-hour session, Nakajima hit the tyre wall at the Indianapolis left hand turn, damaging the rear bodywork. This meant the car had to miss the remainder of the session.

Repairs were completed during the four-hour break before the Hyperpole, so Hartley was ready to go when the session began at 9pm, with both GR010 Hybrids leaving the pit lane immediately on the green light.

Each car is permitted two new sets of Michelin tyres for Hyperpole so the battle began with the GR010 Hybrids using fresh rubber and a minimal fuel load. Kobayashi set an incredible pace from the start, taking advantage of a clear track ahead to set the pole position time on his first effort.

Hartley’s first flying lap was hampered by traffic and he had to wait to improve due to a 10-minute red flag stoppage. After the restart, both Kobayashi and Hartley hit the track again on new tyres, looking to go even faster.

Kobayashi was a fraction of a second slower on his first lap before a track limits violation prevented an even quicker time with his final effort. Hartley, on the other hand, found more pace and improved on consecutive laps to move within three tenths of pole.

The team waited out the final few minutes in the garage before the historic pole position was confirmed.

Although often referred to as a rest day, Friday will be anything but that for the team. Both cars will be rebuilt by the mechanics while engineers will work intensively to plan strategies prior to the race getting under way at 3pm local time on Saturday.

Kamui Kobayashi (GR010 Hybrid No7): “To get the first Hypercar pole position is great. We came here with our new GR010 Hybrid for the first time and we have been constantly making adjustments to improve it. The team did a fantastic job to prepare a car which can achieve that lap time. I could have gone even quicker but I had a track limits penalty which was a pity. To be fastest on one lap isn’t enough; we have focused on preparing our car to be successful in the race. We’ve had a few pole positions here on our car over the last years and not won the race so we know this is no guarantee. The 24 hours are long and we always need a bit of luck.”

Brendon Hartley (GR010 Hybrid No8): “First of all it felt amazing to drive the GR010 Hybrid with low-fuel, new tyres and the sun going down into the night. The car felt great, and a big compliment to the team for preparing it so well after Kazuki’s small moment in practice. Congratulations to Kamui who did a fantastic lap. I’m kicking myself because on my fastest lap I made a mistake. I shifted two gears at once up to seventh and lost a bit of time. We definitely had a chance to get pole because the cars were very equal. On my second lap I had traffic when I was going quickly so we had the ingredients to do it. There is a little bit of disappointment but still I am pleased to be on the front row and happy for car No7.” 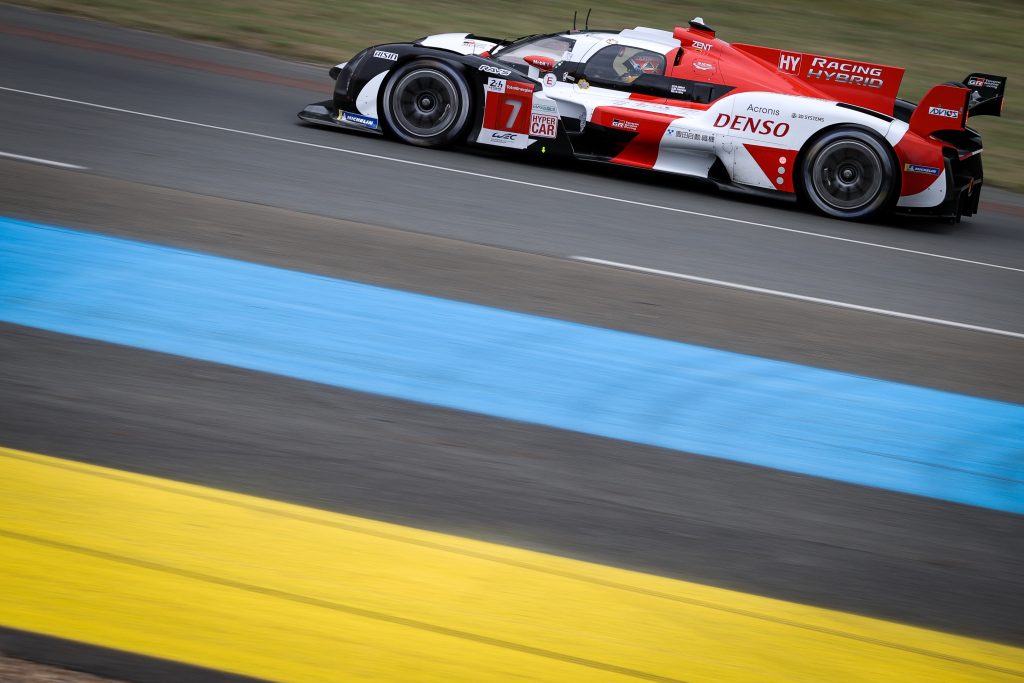 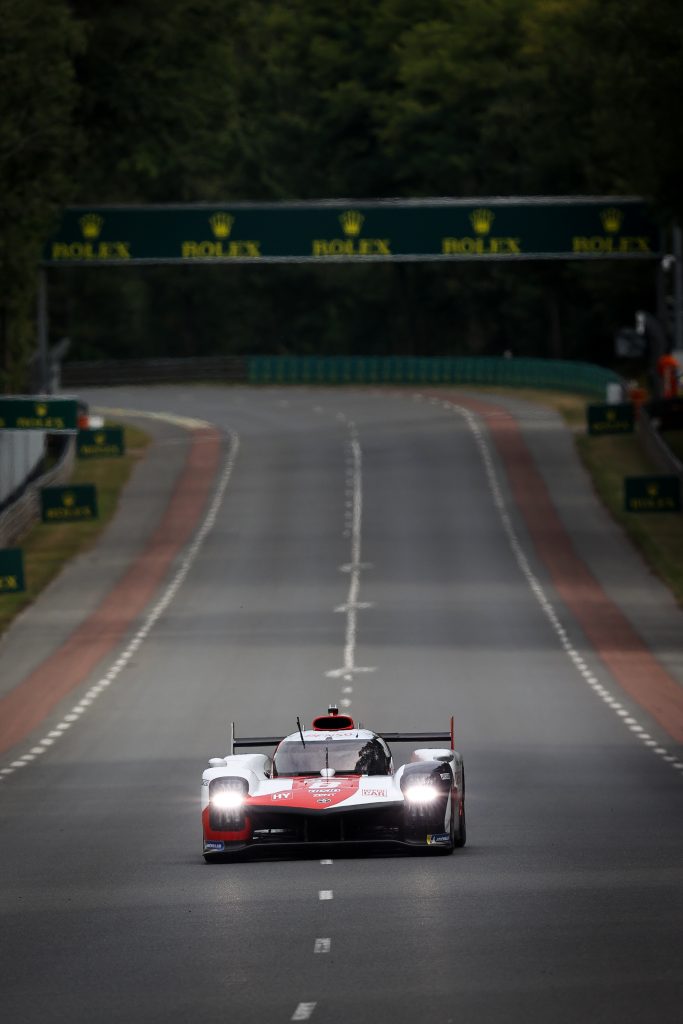 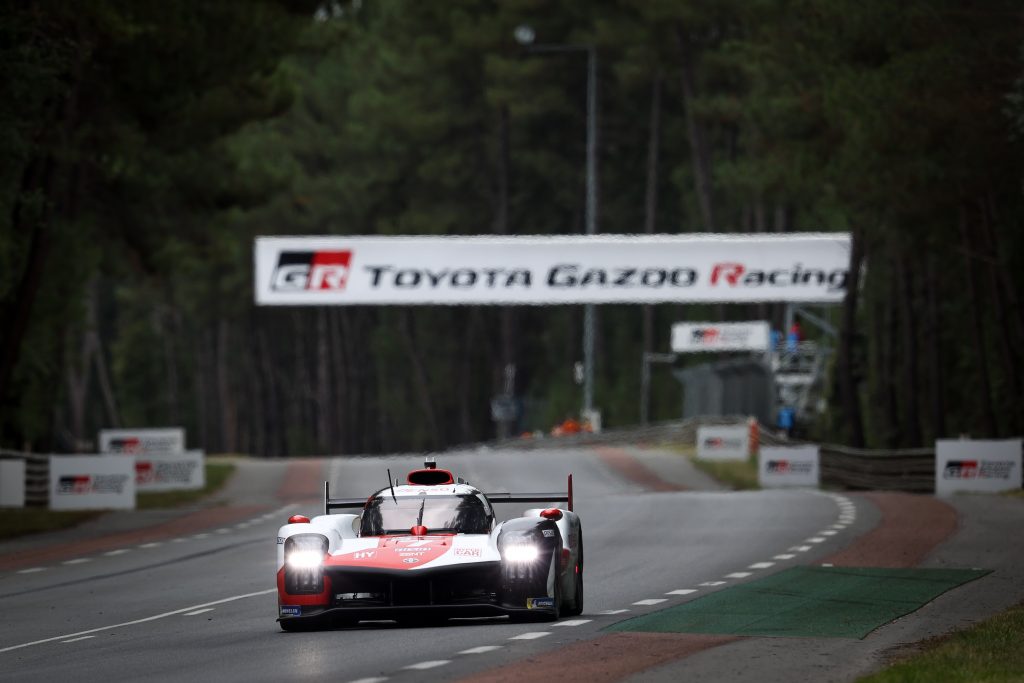 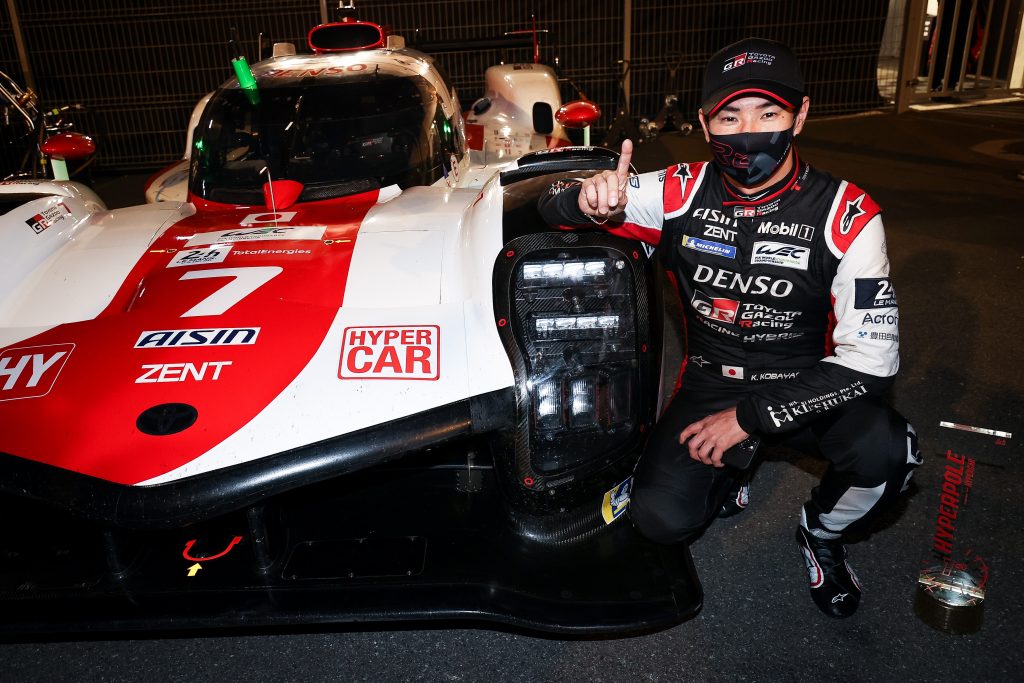